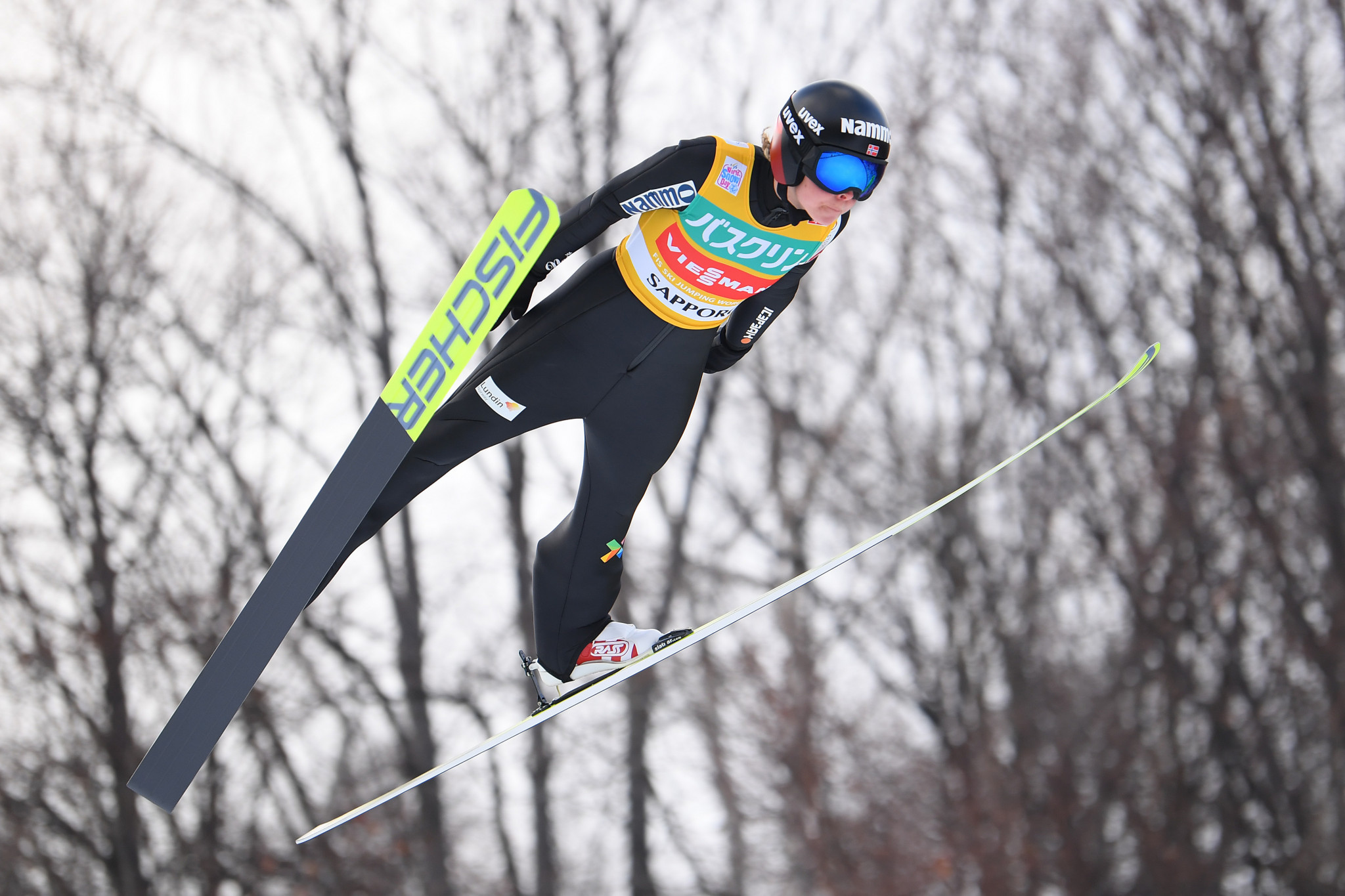 Maren Lundby of Norway regained her lead in the International Ski Federation (FIS) Ski Jumping World Cup standings after triumphing in the Romanian town of Rasnov.

The Olympic champion had slipped down to third in the standings after failing to record a podium finish yesterday.

She made amends today, blowing away the opposition with jumps of 96.5 metres and 96.0m to score a total of 259.0 points.

Eva Pinkelnig was her nearest opponent on 241.1, while fellow Austrian Chiara Hoelzl finished third on 240.8.

Lundby's victory propelled her back to the top of the World Cup leaderboard with 655 points.

Hoelzl moved back down to third on 630, while Pinkelnig remained in second place with 649.

The three-way battle between the Norwegian and two Austrians is set to continue in the German town of Oberstdorf from Friday to Sunday (January 31 to February 2).