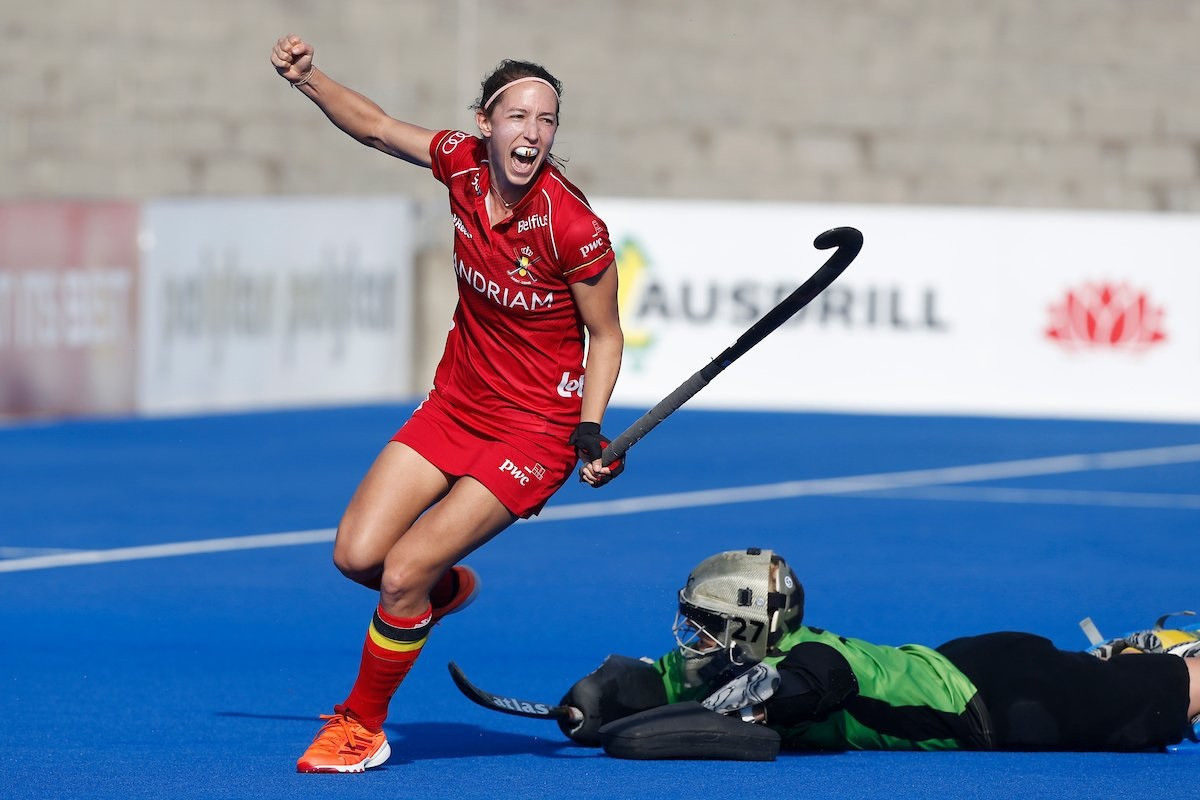 Belgium's men's and women's teams both enjoyed success against their Australian compatriots in the International Hockey Federation (FIH) Pro League in Sydney.

For the second time in successive days, Australia and Belgium’s women needed a shoot-out to decide the destination of the bonus point, with the Red Panthers avenging yesterday’s loss with a 3-1 victory in one-on-ones.

In a match featuring delays due to soaring temperatures and a thunderstorm, the Hockeyroos had to wait until the end of the third quarter before Gabi Nance put them ahead, deflecting home after a long period of Australian dominance.

However, the Belgians hit back early in the fourth quarter thanks to Tiphaine Duquesne’s fierce strike from a penalty corner to tie the match at 1-1 and force a shoot-out.

Louise Versavel, Duquesne and Barbara Nelen all converted to help the Belgians to a shoot-out victory against their higher-ranked opponents.

“It was a really tough game actually, also with the big break,” said Belgium’s Emma Puvrez, the player of the match.

“I think we played really well and worked really hard together.

"We really stuck together."

Australia’s Amy Lawton said: “The girls worked really hard, we were unfortunate in the end, but credit to Belgium, they did really well today.

"I guess it just shows the quality of the Pro League.

#FIHProLeague #AUSvBEL@BELRedLions and @BELRedPanthers enjoyed an extremely fruitful away day on Sunday as both teams get better of home favourites Australia in the 2020 FIH Hockey Pro League.

Having leapfrogged their opponents to become world number one thanks to a shoot-out bonus point earned yesterday, Belgium's men came into this second meeting knowing a positive result for the Kookaburras would send them back at the top of the rankings.

However, a superb 4-2 win ensured that the Belgians will leave Australia with their position as the world's top-ranked team intact, with the reigning world and European champions taking five points from a possible six against the winners of the 2019 FIH Pro League.

Player of the match Alexander Hendrickx put Belgium into a 2-0 lead before a cracking backhand strike from Australia’s Lachlan Sharp reduced the deficit.

A deflected strike into the roof of the net from Maxime Plennevaux put Belgium 3-1 up with four minutes remaining, forcing Australia to go for broke and replace their goalkeeper with an outfield player.

That tactic backfired when a rapid Belgian breakaway allowed Emmanuel Stockbroekx to slap into an unguarded net before Jeremy Hayward bagged a final-minute consolation penalty-corner goal for the hosts to make the final score 4-2.

“We started the game well, we took control of the pace, we held the ball in the team and I think it was a deserved win" Hendrickx commented.

"We took the number one spot from Australia yesterday, and I think we will try to hold onto it as long as possible."

“We were in the game a lot today and it was a close match, but we need to play a bit better and that will come in the next few weeks" he said.

"That is the great thing about the Pro League, we play the best teams in the world, twice, every year and that is fantastic.

"To play a great team in our first two games has been awesome for us to learn and get better.”