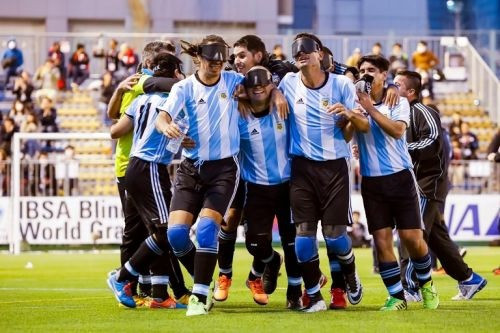 The groups for this year's International Blind Sports Federation (IBSA) Football World Grand Prix in Japan, a tournament that will be an important warm-up for this year's Paralympic Games in Tokyo, have been announced.

Four of the top five teams in the world rankings will be in action, including IBSA world and Paralympic champions Brazil who head up Group B.

They will be joined by Spain, ranked fifth, France, 11th, and Thailand, 17th..

Matches in the World Grand Prix  are due to take place at Tennozu Park in Shinagawa in Tokyo from March 16 to 21.

The opening match of the tournament is scheduled to see Brazil face Spain.

Group matches will be played over three days and are set to conclude on March 18.

Players will take a rest the following day before placement matches and the semi-finals on March 20 with the final on March 21.

Spain took bronze thanks to a 1-0 win over Japan.

All matches in this year's tournament, being sponsored by Santen Pharmaceutical Co Ltd, will be streamed live.