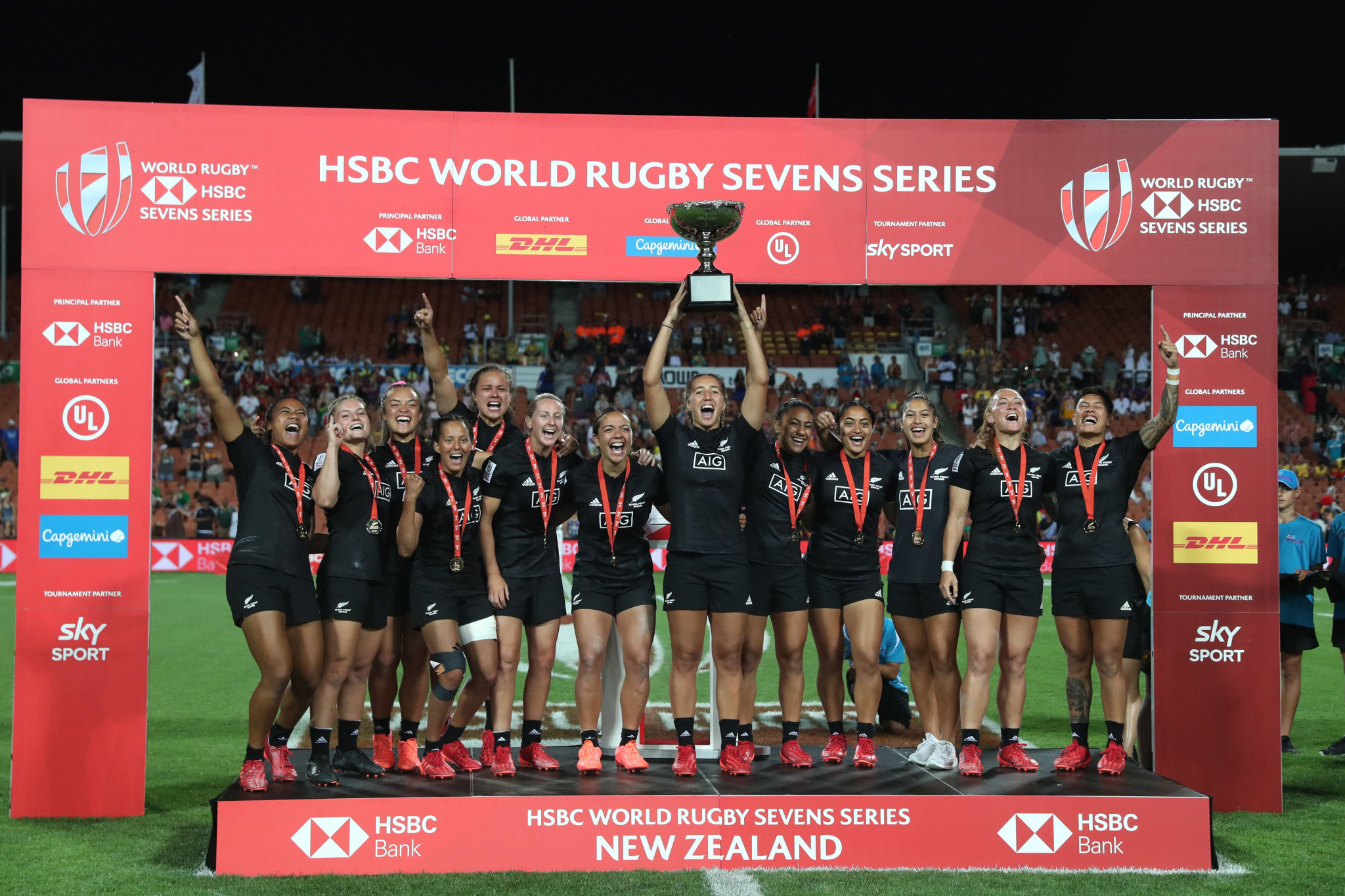 New Zealand triumphed in front of a home crowd in Hamilton to earn their third consecutive World Rugby Women’s Sevens Series title of the season.

The Black Ferns had already topped the podium in Dubai and Cape Town last month, now becoming the inaugural champions at FMG Stadium.

They clinched a final victory in Pool A to progress to the semi-finals, defeating Fiji 38-21, before overcoming France 19-7 to make the gold medal match.

New Zealand then recorded their 13th successive win against Canada, a 24-7 result.

Canada had opened the scoring at FMG Stadium through Brittany Benn in the fifth minute despite the high tackle of Ruby Tui, seeing the World Rugby Women's Sevens player of the year sent to the sin-bin for two minutes.

New Zealand fought back, however, with player of the final Stacey Fluhler scoring her tenth try of the tournament as her team secured the victory.

"To everyone who has supported us over the last couple of days, thank you very much.

"We love all of our fans here in New Zealand.

"It was the heart and grit that got us over the line, we’ve been training for so long to play on home soil.

"Canada are amazing but the way that the girls fought to get the ball back in – obviously we’ve got some speedsters to score us some tries as well."

The Series continues next Saturday and Sunday (February 1 and 2) in Sydney.