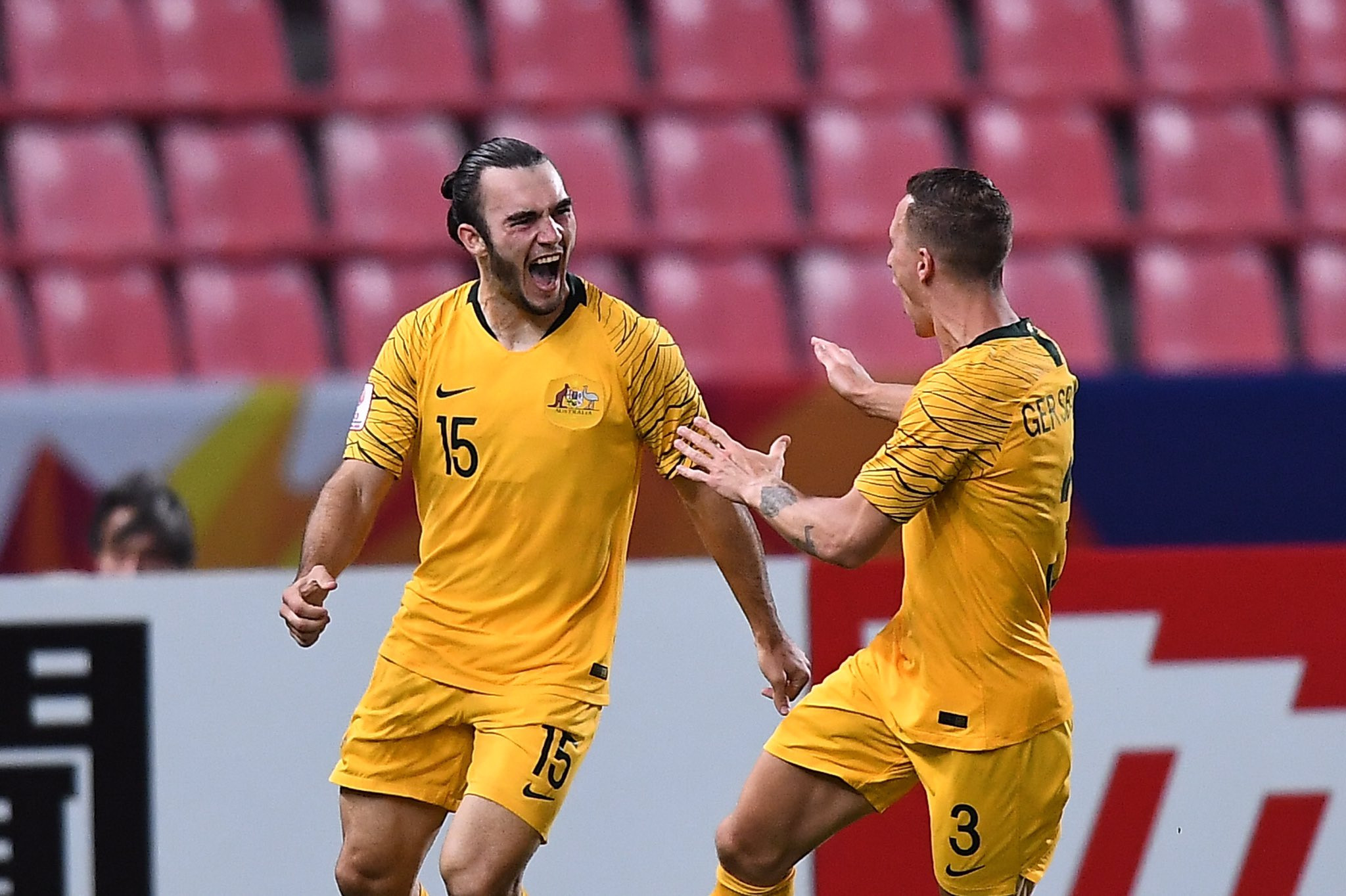 Australia today qualified for their first Olympic men's football tournament for 12 years with a hard-fought 1-0 victory over Uzbekistan in the third place playoff at the Asian Football Confederation (AFC) Under-23 Championships in Bangkok.

Nicholas D’Agostino scored the winning goal in the 47th minute at the Rajamangala Stadium in the Thai capital.

D’Agostino’s second-half strike helped the Olyroos claim a 1-0 win over reigning AFC Under-23 Champions Uzbekistan in a match where the winners claimed the last Asian spot at Tokyo 2020 alongside Saudi Arabia and South Korea, who qualified by winning the semi-finals.

It is the first time that Australia have qualified for the men's Olympic football tournament since Beijing 2008.

The wait, though, goes on for Uzbekistan, who have still never qualified for the Olympics.

Their misery was compounded when substitute Oybek Bozorov was sent-off in the 59th minute for a bad challenge.

D’Agostino's goal came when he beat several Uzbek defenders before curling a shot into the bottom corner.

"I can’t really put it into words at the moment, just so happy," said the 21-year-old Perth Glory striker.

"This was the goal we set out to achieve before we came here.

"The fans were incredible, they spurred us on throughout the whole thing."

Australia are the 12th team to qualify for Tokyo 2020.

Besides Saudi Arabia and South Korea, also already ensured of competing in the Olympics are the hosts Japan, France, Germany, Romania and Spain from Europe, New Zealand from Oceania, Egypt, Ivory Coast and South Africa from Africa.

Two teams are due to qualify from the South American Football Confederation Pre-Olympic Tournament currently taking place in Colombia.

The line-up is set to be completed in March when the two finalists at the Confederation of North, Central American and Caribbean Association Football Olympic Qualifying Championship in Guadalajara in Mexico will qualify for Tokyo 2020.

The final of the AFC Under-23 Championships is due to take place at the Rajamangala Stadium tomorrow.

There is sure to be a new name on the trophy as neither Saudi Arabia or South Korea have ever won the tournament.

Saudi Arabia were the runners-up in the inaugural tournament in 2013, when they were beaten 1-0 by Iraq.