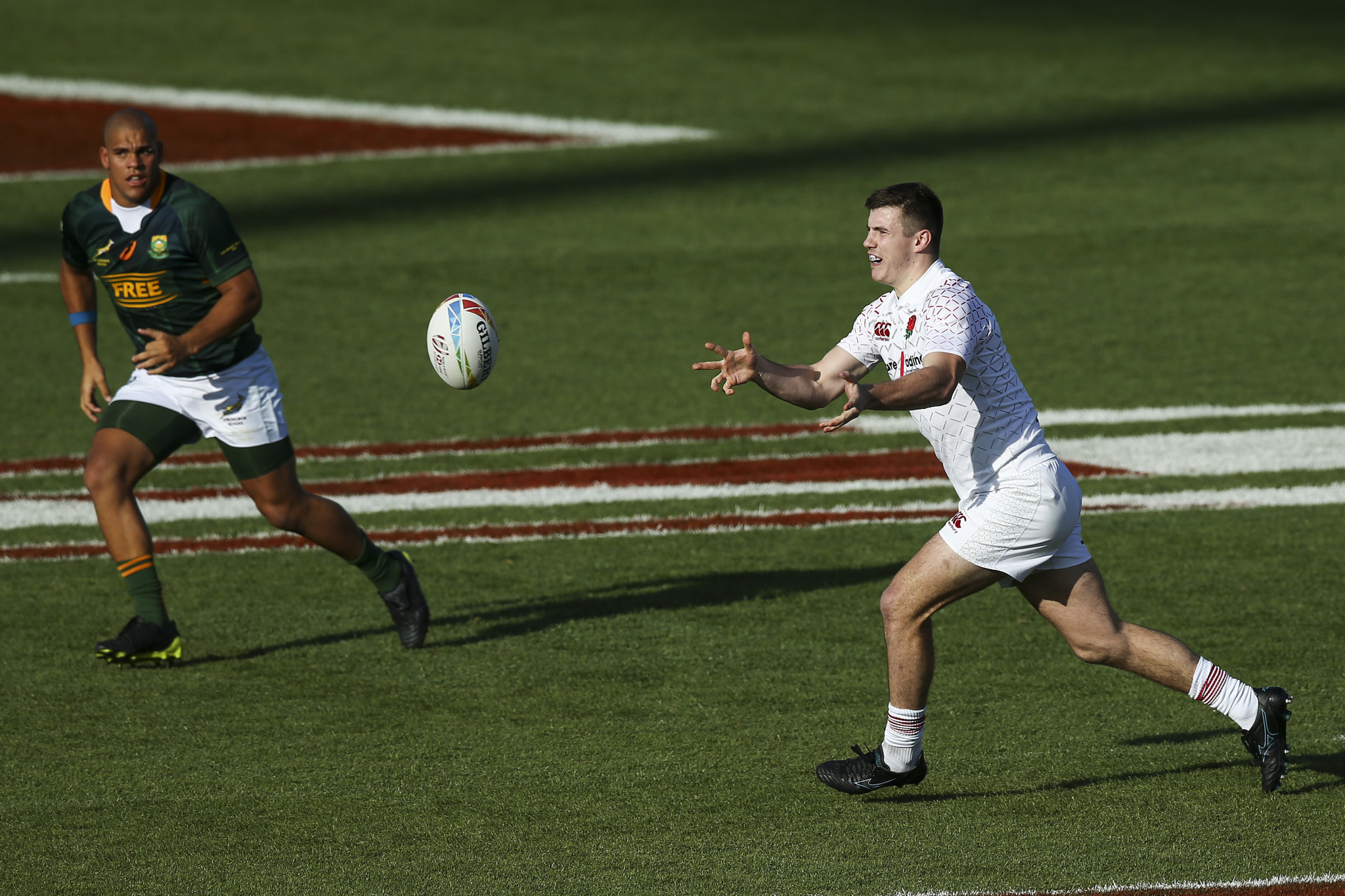 England have booked their place in the semi-finals of the World Rugby Men's Sevens Series in Hamilton, New Zealand after close wins over Kenya and South Africa.

In their Pool B opening match, they went behind to Kenya twice thanks to two tries from Willy Ambaka; but two late tries from Will Edwards secured the points, as they won 24-19 at FMG Stadium.

Similarly, they were down two tries to the Springboks before three consecutive scores in reply gave them a 21-19 win.

Japan are the other side in Pool B, having held Kenya to a 12-12 draw and suffering a heavy defeat to South Africa, 31-5.

In Pool A hosts New Zealand have only conceded one try in their opening two matches with 47-0 and 26-5 wins over Wales and United States putting them comfortably top of the table.

Elsewhere in Pool A, US sit second after defeating Scotland 24-7 in their other match. Scotland sit in third having won a close contest against Wales 24-19.

Perhaps the toughest group is Pool D, led by Fiji who have recorded two 19-12 wins against Samoa and Australia.

Argentina's performances so far have been of two extremes: they were thrashed 38-7 by Australia in their opening match before holding Samoa to no points in a 40-0 drubbing.

Pool C is still all to play for with just one point separating the top three, with Canada holding that narrow lead, having won 26-21 against Ireland while being held by France in a 12-12 draw.

France will play Ireland in the final match of the pool in what could be a deciding fixture after both sides defeated Spain 21-17 and 28-17 respectively.

The top team in each pool will advance to the semi-finals, with every position below being decided by the play-offs.