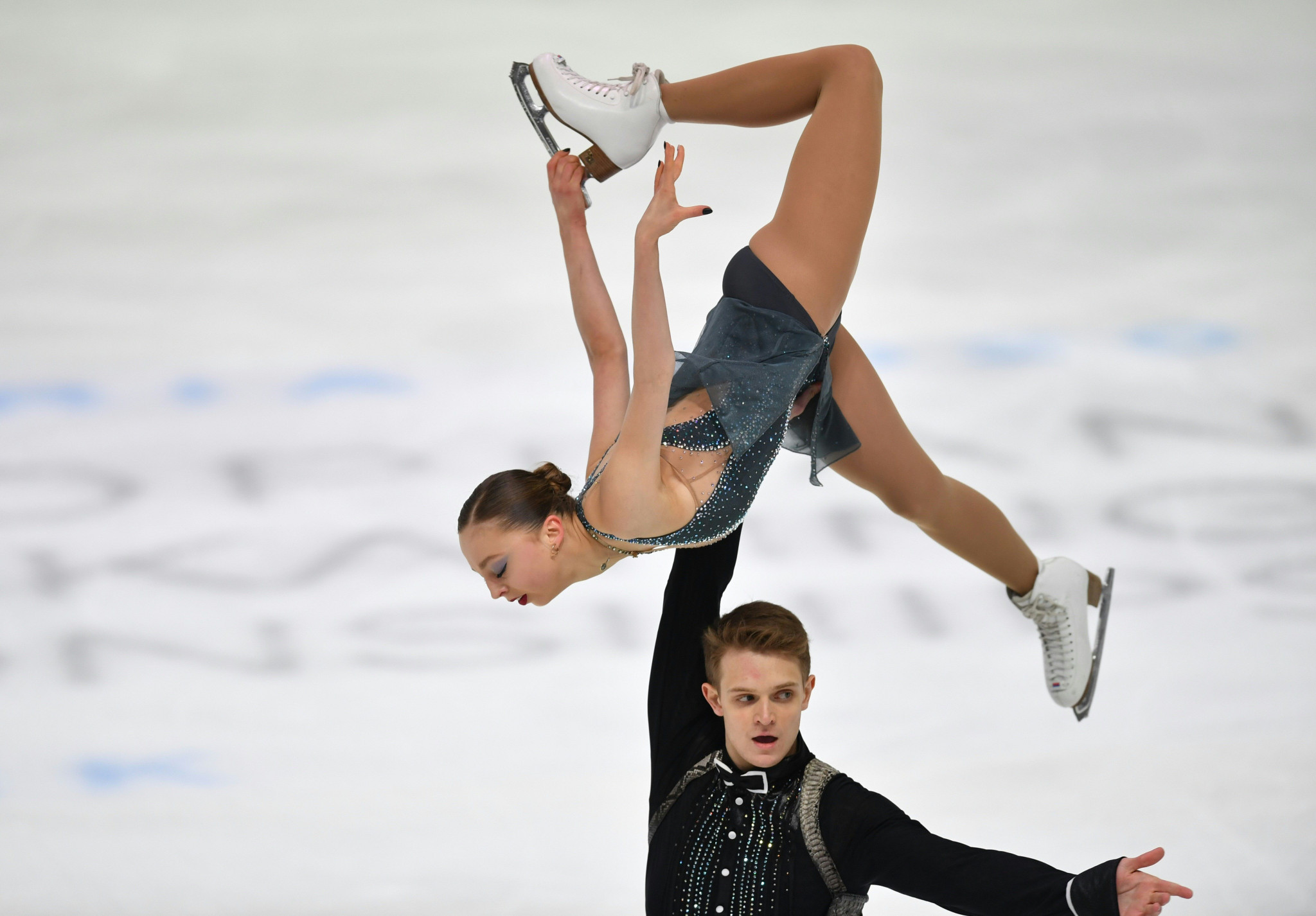 It was Russia's night at the International Skating Union (ISU) European Figure Skating Championships in Graz as Aleksandra Boikova and Dmitri Kozlovskii led a medal clean sweep in the pairs and Alena Kostornaia ended the short programme ahead in the women's singles with team-mates in second and third.

It was the ninth time in 11 years Russia had won the pairs competition, but it was the first time Boikova and Kozlovskii had lifted the title having won the bronze medal in Minsk 12 months ago when France's Vanessa James and Morgan Ciprès had triumphed.

It was also Russia's second gold medal of these Championships at the Steiermarkhalle after Dmitri Aliev had won the men's singles last night.

It was the sixth consecutive European Championships in which they had won a medal, including gold at Ostrava in 2017 and Moscow in 2018.

Daria Pavliuchenko and Denis Khodykin completed an all-Russian podium for the first time since Stockholm five years ago with the bronze medal.

"This was one of the hardest free skates we’ve done recently," the 20-year-old Kozlovskii from Saint Petersburg said.

"Usually you focus on the difficult elements and other elements you do on autopilot, but today all elements demanded concentration and we’re happy we were able to deal with that specific pressure.

"We had to focus and spend our energy to take one element at a time. We really had to fight for this performance."

Russia were expected to dominate the women's event and they lived up to the hype coming into these Championships.

Kostornaia will go into tomorrow's free skate as the favourite to clinch a seventh consecutive title for Russia but knows that, if she slips up, rivals Anna Shcherbakova and Alexandra Trusova, in second and third, are ready to pounce.

Kostornaia opened her expressive programme to Departure and November with a triple Axel and followed up with a triple Lutz, triple flip-triple toe and exquisite spins and footwork to score 84.02 points.

The 16-year-old was still not happy, though.

"I skated clean, I did all my elements but I would love to improve with every competition and it seems [my score] went down."

The women's free skate is scheduled to take place tomorrow, along with the conclusion of the ice dance where French pair Gabriella Papadakis and Guillaume Cizeron, seeking a record-equalling sixth consecutive European title, appear the only ones capable of preventing Russia claiming all four gold medals for the first time since Lyon in 2006.