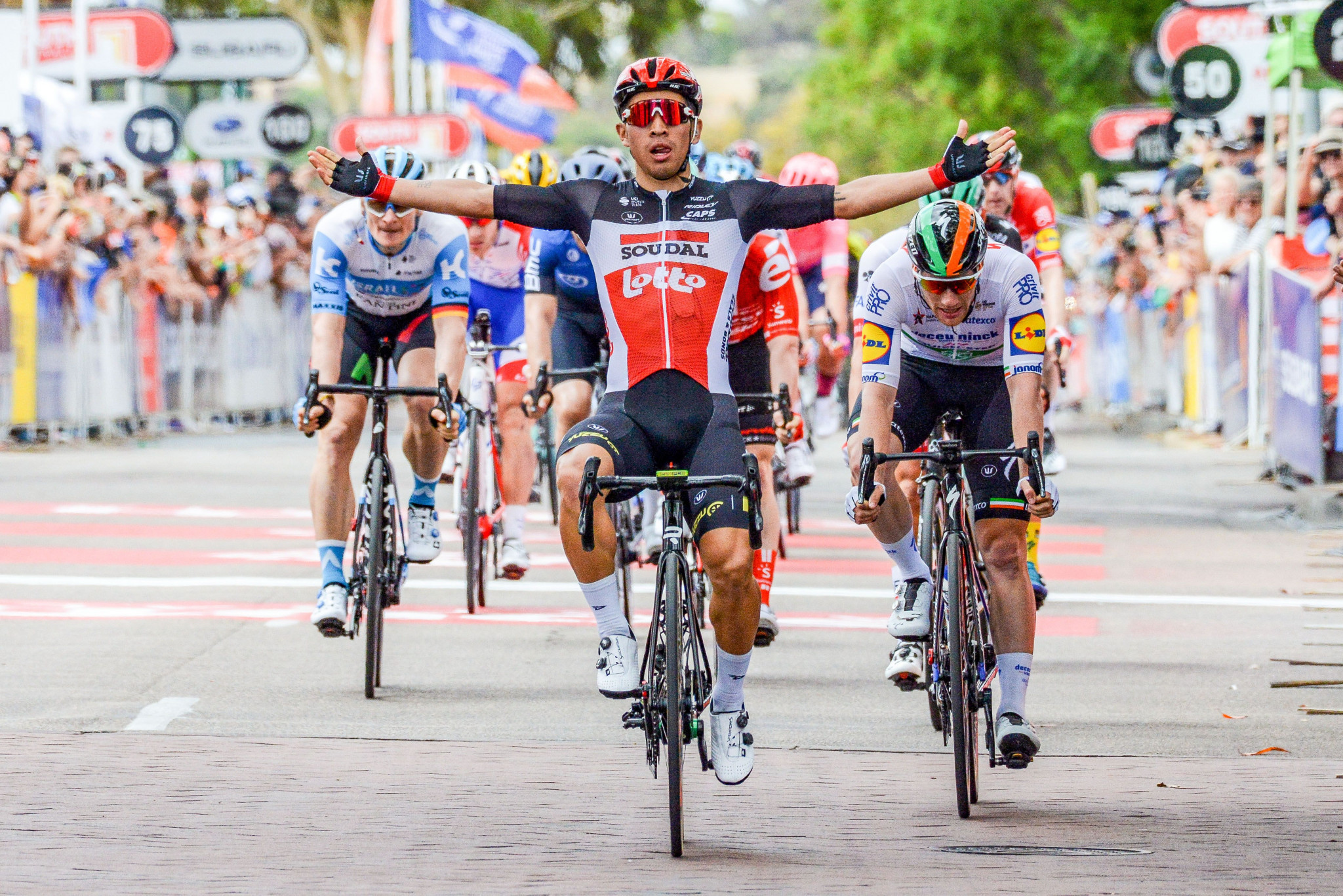 Home rider Caleb Ewan earned his second stage win of the Tour Down Under today, as fellow Australian Richie Porte retained his general classification lead with two days of racing to go.

Ewen, riding for Lotto-Soudal, won the sprint in the fourth stage of this International Cycling Union World Tour curtain raiser, finishing the 158.8-kilometres run from Norwood to Murray Bridge a bike-length ahead in 3hr 29min 08sec.

Ireland's Sam Bennett of Deceunink-Quick-Step, who won the opening stage, and Belgium’s Jasper Philipsen of UAE Team Emirates were second and third, respectively, in the same time.

Porte, riding for Trek-Segafredo, won his home stage race in 2017 and is now well placed for a second title.

The 34-year-old former Team Sky rider finished in the bunch and maintained his overall lead.

But South Africa's 2019 champion Daryl Impey, riding for Mitchelton-Scott and seeking a third consecutive title, lessened his lead from six to three seconds, after scoring three bonus seconds in the intermediate sprints.

Team Sunweb's Rob Power also gained a bonus second in an intermediate sprint and moved to eight seconds down in third place.

Tomorrow will see a fifth stage of 149.1km between Glenelg and Victor Harbor, with the concluding 151.5km stage being run on Saturday from McLaren Vale to Willunga Hill.