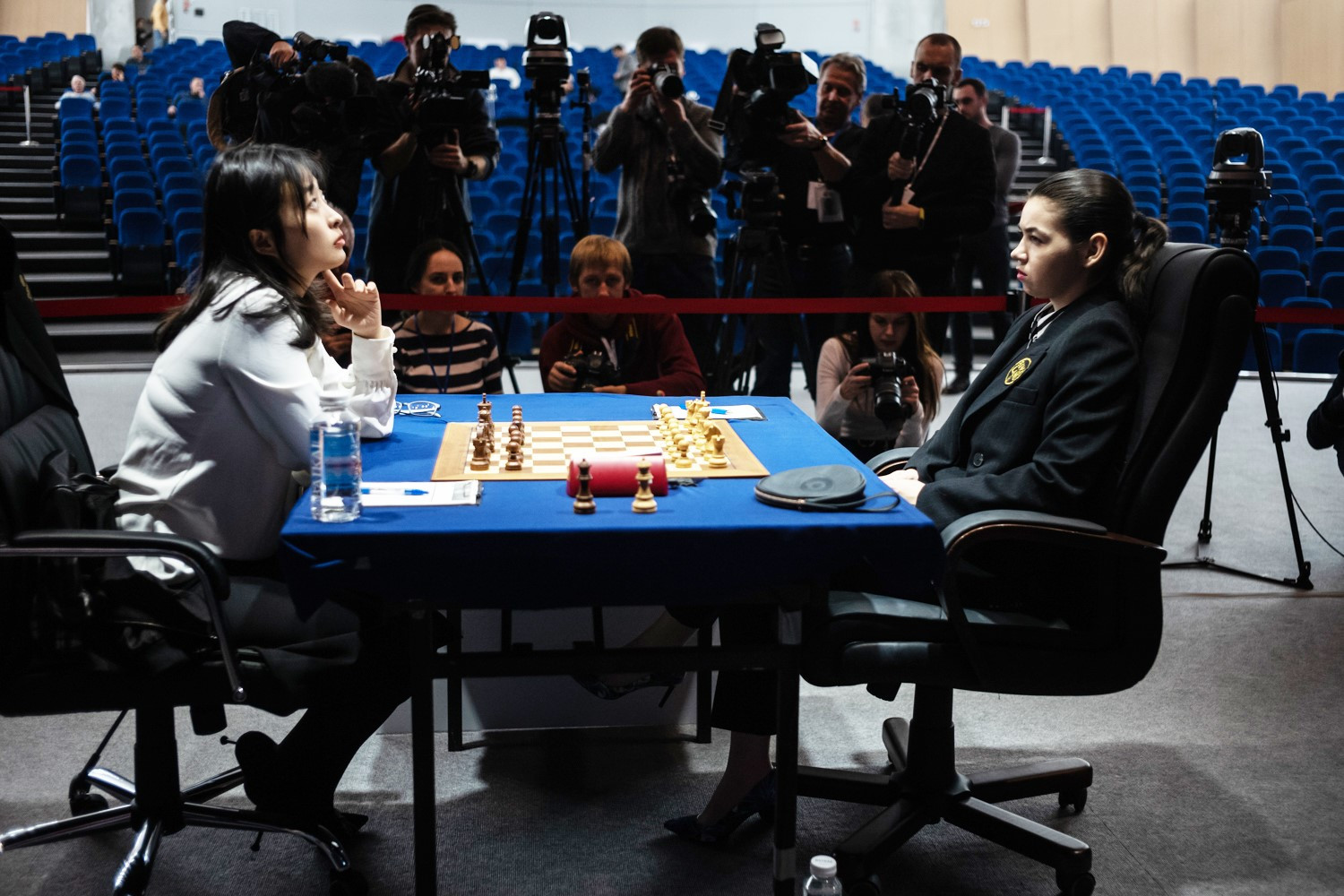 The Women's World Chess Championship match has been sent to tiebreaks, after Russian challenger Aleksandra Goryachkina triumphed in her must-win encounter in Vladivostok today.

Chinese champion Ju Wenjun led 6-5 going into the 12th and final game and needed just a draw to reclaim her crown.

Goryachkina, however, prevailed when nothing else would do and the match ended level at 6-6.

The tiebreaks tomorrow will be rapid chess games, where the players will have less time on the clock.

Playing with the white pieces, Goryachkina started the game with a strategy that confused Ju.

The Chinese spent 17 minutes contemplating her reply to the Russian's second move, and more than 40 minutes on her first 10 moves.

Ju, who has struggled with the less advantageous black pieces throughout the Championship, looked to have snuffed out her rival's advantage after 20 moves, but some nervous play allowed the home player back in.

The champion may now regret not pushing for a victory with the white pieces yesterday, when both players contested a quick draw in little over an hour.

Each player has now ended the match with three victories, while there have been six draws.

The first six games were on Ju's home turf in Shanghai, before the final six took place in Vladivostok.