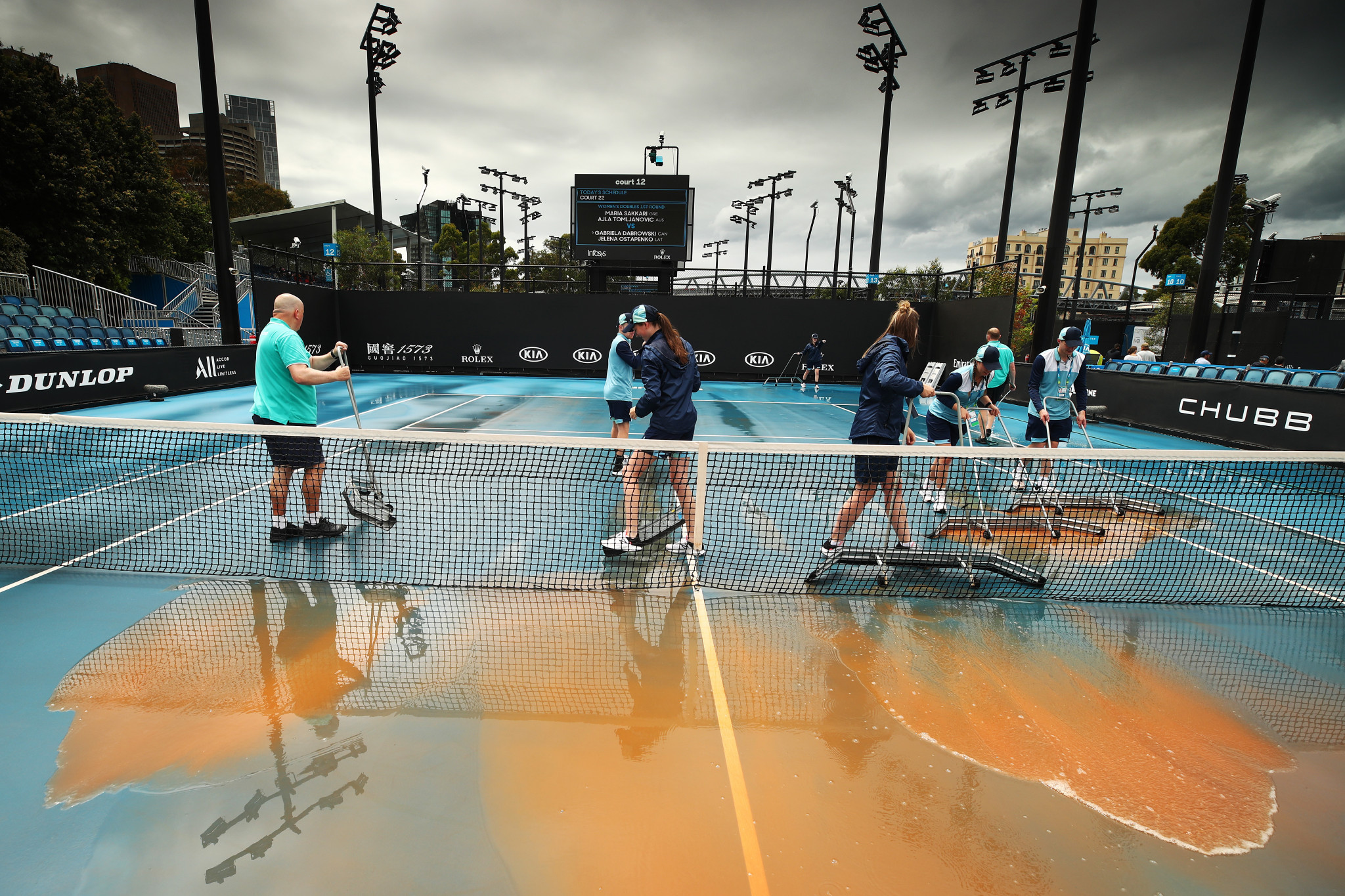 Australian Open staff had to deep-clean the outside courts today, as rain carrying dust caused havoc with the schedule.

Heavy overnight showers deposited debris from the outback at Melbourne Park, which caused severe disruption on day four of the Grand Slam.

The start time on most outside courts was delayed by at least three hours, with courts five and 11 having to wait until 4.15pm local time to see action.

Matches did take place as planned on the show courts - Rod Laver Arena, Margaret Court Arena and Melbourne Arena - as these have roofs.

"Due to the rain and dust overnight, the outside courts need high-pressure cleaning, which is currently underway," tournament organisers said at the start of the day.

"Our team is working across Melbourne Park to prepare the outside courts for play."

Even after the matches on the outside courts had begun, returning rain caused interruptions.

The dust is the latest weather incident to impact the tournament, after smoke from the Australian bushfires settled over Melbourne during the qualification rounds.

Slovenian player Dalila Jakupović had to abandon her match after suffering a coughing fit.

On Monday (January 20), day one of the tournament proper was also interrupted by showers.