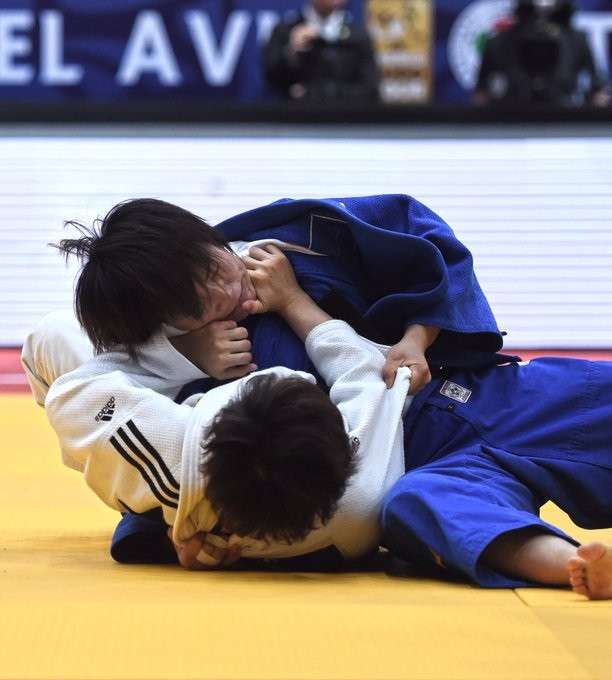 To conclude a thrilling -60kg Final, Kim Won Jin (KOR) takes a tactical win over an impressive Akkus of Turkey. Look to the second image to see an epic action shot of a near score! #JudoTelAviv ©️ IJF Media Team - Ben Urban pic.twitter.com/CGjhUB3noZ

Today's one other gold medallist was Slovenia's Kaja Kajzer, who defeated France’s Hélène Receveaux in the women's under-57kg final.

Action in Tel Aviv is due to continue tomorrow.

Medals will be awarded in the men's 73kg and 81kg categories and the women's 63kg and 70kg divisions.