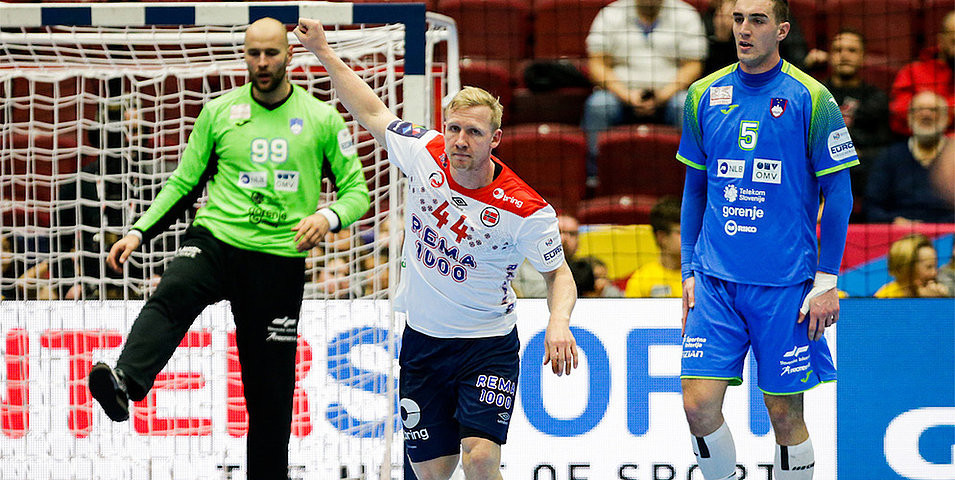 Slovenia completed the semi-final line-up at the European Men's Handball Championship before they even played today after their sole challengers for second place in Group II, Hungary, lost 34-26 to Portugal at Malmö Arena in Sweden.

It is just the second time Slovenia have reached the last four of the event, with them previously managing the feat when they played host in 2004.

They had the chance to finish top of Group II by beating Norway in their last match today, but it proved to be beyond them as their opponents triumphed 33-30 to maintain their unbeaten record.

Norway become only the second team in history to proceed to the final weekend with a 100 per cent record in the tournament in the current format, after eventual silver medallists Denmark did so in 2014.

Right wing Kevin Gulliksen was Norway’s top scorer with seven goals and was named player of the match.

In Group I, Spain secured top spot after drawing 22-22 with fellow unbeaten side Croatia at the Wiener Stadthalle in Austria's capital Vienna.

RESULT: @HRStwitt 🇭🇷 pulled back a six-goal deficit and the final result was a 22:22 DRAW with @RFEBalonmano 🇪🇸! Spain go to Stockholm top of group I#ehfeuro2020 #dreamwinremember pic.twitter.com/BbvR2kdeUM

Both teams had already qualified for the semi-finals, but the result means Spain will face Group II runners-up Slovenia and Croatia will meet Group II winners Norway.

Portugal's victory over Hungary saw them finish above Sweden and their opponents in third place in Group II, earning a spot in the fifth-place playoff on Saturday (January 25).

Awaiting them in that match are Germany, who defeated Czech Republic 26-22 today.

Today's two other games ended in Group I hosts Austria drawing 36-36 with Belarus in the highest-scoring game of the tournament so far and Group II hosts Sweden overcome Iceland 32-25.

Following a rest day tomorrow, the two semi-finals are due to take place on Friday (January 24).