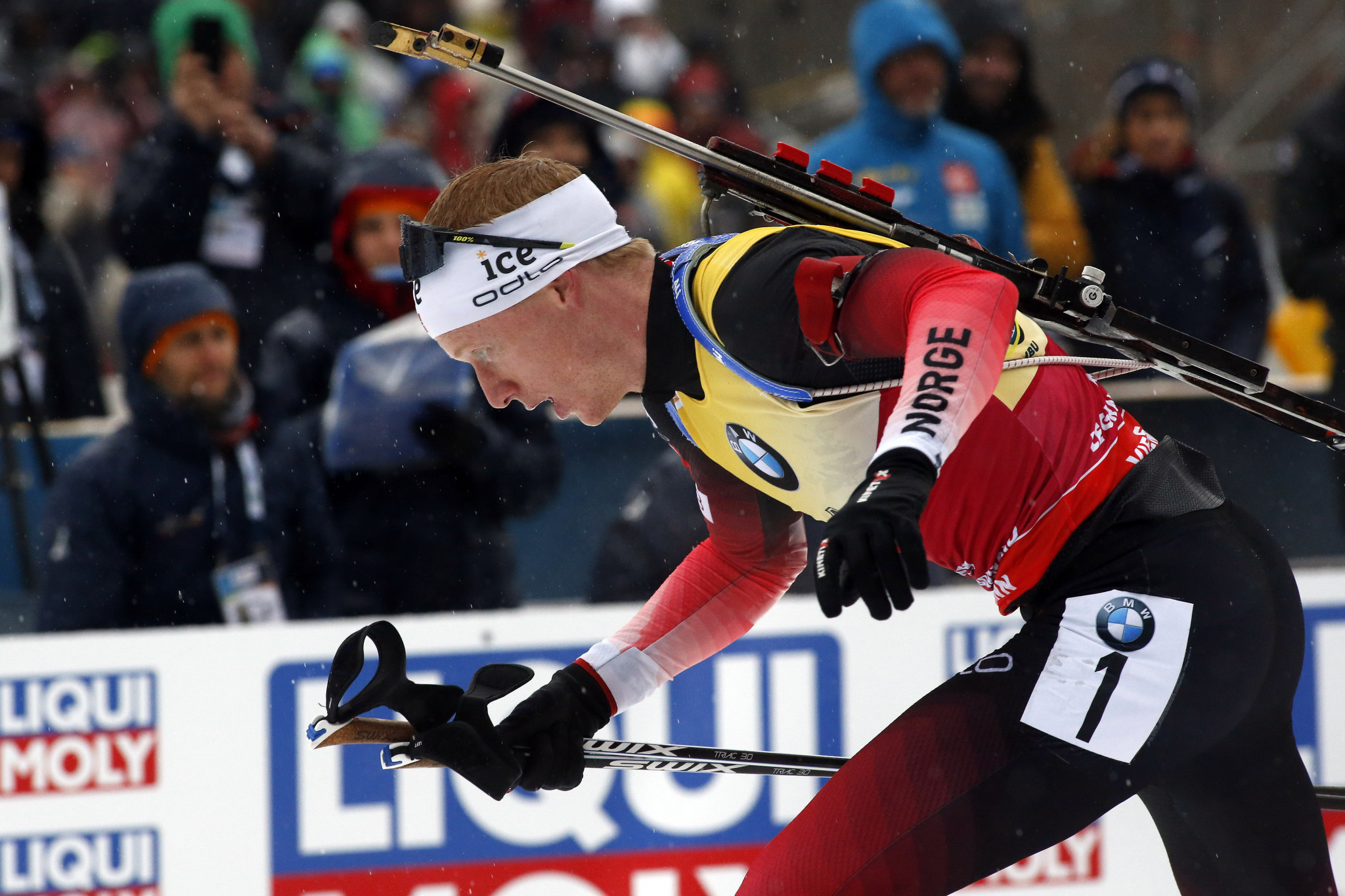 Norwegian star Johannes Thingnes Bø is flying to Slovenia today to continue his season at the International Biathlon Union (IBU) World Cup in Pokljuka.

The 26-year-old did not compete at the first two IBU World Cup stops since the turn of the year, in Oberhof and Ruhpolding in Germany, while expecting his first-born child.

He has subsequently dropped to seventh place in the overall men's standings on 374 points, 133 behind leader Martin Fourcade of France.

His 12.5 kilometres pursuit victory in Ruhpolding saw him tie his rival's five wins for the season.

Fourcade has won three times in Pokljuka, with his most recent triumph coming in the 20km individual last season.

Bø has won two twice in Pokljuka, topping the 10km sprint and 12.5km pursuit podiums last season as he laid the foundations for the best IBU World Cup campaign ever seen.

A French top three in the overall standings also includes Quentin Fillon Maillet and Simon Desthieux on point totals of 436 and 435, respectively.

☀️day in #POK20 and a first taste of the new tracks that will make a debut this season ahead of the WCH in 2021!
(📸 Petr Slavik) pic.twitter.com/pQWR0Hf2pi

On the women's side of competition, Norway's Tiril Eckhoff will be looking to continue her dominance having won six times this season.

She has 501 points to her name in the overall standings, giving her a lead of 42 over Italy's Dorothea Wierer, who struggled with back pain in Oberhof and Ruhpolding.

Sweden's Hanna Öberg is 159 points behind Eckhoff in third.

Of the top 10 athletes in the overall standings, only Finland's Kaisa Mäkäräinen has won in Pokljuka during her career.

The 37-year-old has won there on five occasions and could strike again this time round.

It is the last IBU World Cup stop before the IBU World Championships Antholz-Anterselva in Italy from February 12 to 23.