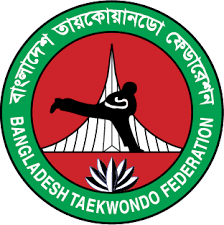 The Bangladesh Taekwondo Federation has recognised its medallists from the 2019 South Asian Games at a reception in Dhaka.

As reported by United News of Bangladesh, State Minister for Youth and Sports Zahid Hasan Russell was chief guest at the event, which took place at the gymnasium of the old building of the National Sports Council (NSC)

Bangladesh's taekwondo team claimed a total of 12 medals - one gold and 11 bronzes - at the 2019 South Asian Games, held last month in Nepal.

Dipu Chakma was their sole winner, coming out on top in the men's individual age 29-plus poomsae category.

He finished ahead of Sri Lanka's Lakshman Ilandarige, while Nepal's Rejin Rimal and India's Gangphung were the bronze medallists.

Earlier this month, the Bangladesh Sports Press Association (BPSA) named Dipu as the athlete of the year in taekwondo.

As reported by New Age, the BPSA are due to hand out the award during a grand ceremony in Dhaka tomorrow.