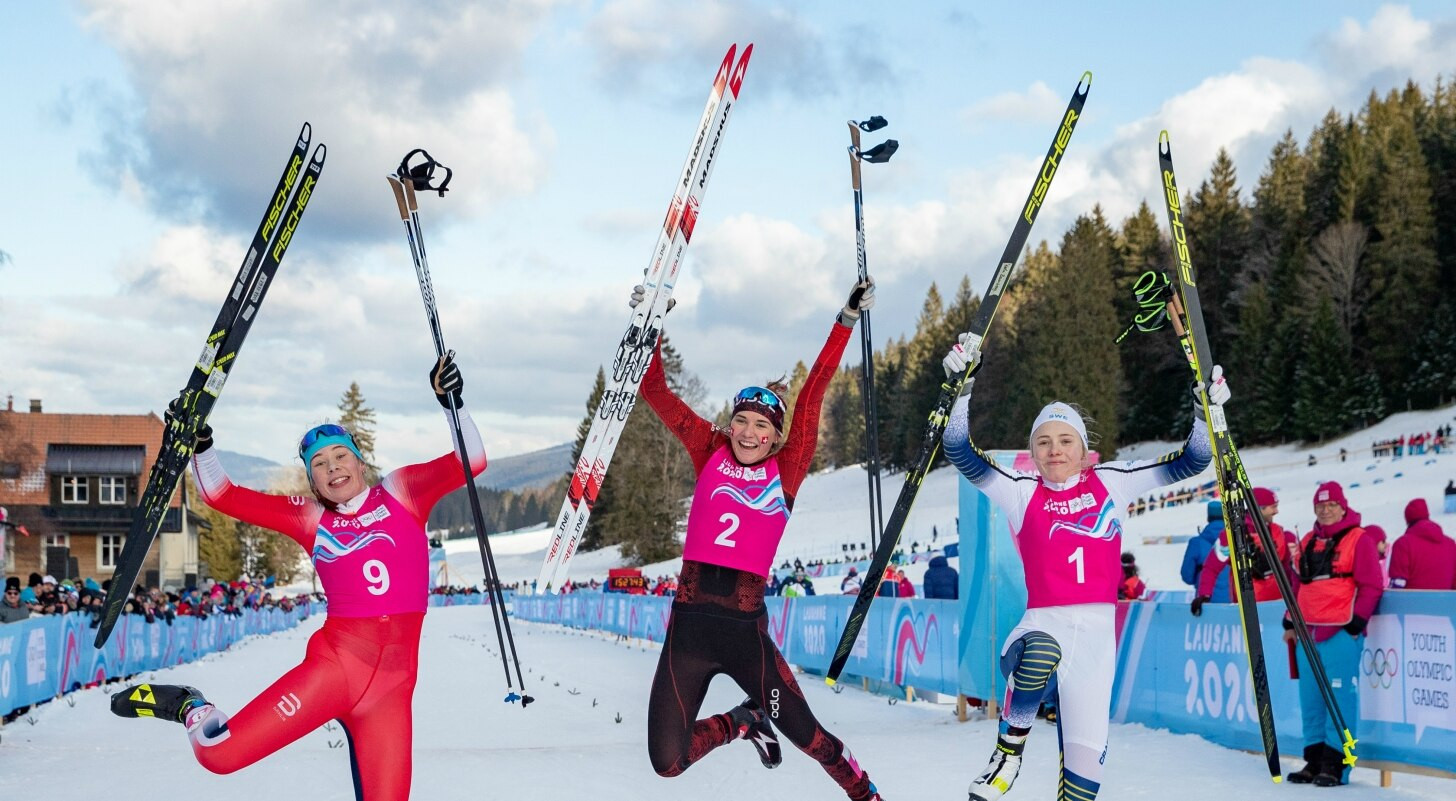 Wigger crossed the line in 2min 46.40sec to beat Anna Heggen of Norway by 1.47 seconds.

Maerta Rosenberg of Sweden was third, adding bronze to the silver she claimed in the cross free race.

A dramatic start forced Tove Ericsson of Sweden, yesterday's bronze medallist, out of contention as two skiers tumbled at the first turn.

Wigger managed to steer clear of trouble and powered to victory to maintain the hosts' place at the top of the medals table.

"It’s incredible that I could win today too," she said.

"I just felt like I had a lot of energy left on the last lap so I pushed really hard and was able to get a little bit of a gap.

"I’m feeling really confident but we have another race to go, so not too much celebration for now."

He edged out cross free champion Holmboe by 0.50 seconds.

Holmboe's twin brother, Aleksander, came through to take the bronze medal, over five seconds off the pace.

"I went for gold from the start.

"After the tough hill I just went maximum.

"I'm better for the sprint so I was looking forward to this race but it’s nice to relax tomorrow."