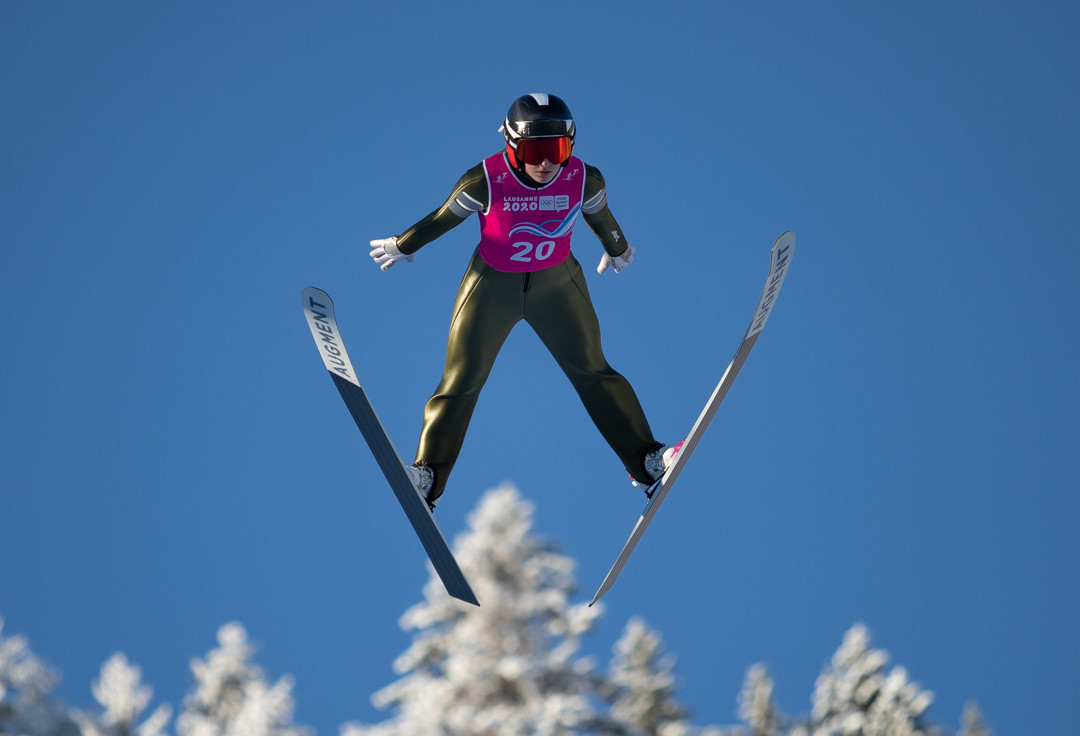 Austria's Lisa Hirner won the first women's Nordic combined competition to be contested at an Olympic event, on a golden day for her country at Lausanne 2020.

Hirner, fourth after the ski jumping, completed the cross-country section of the race in 11min 45.6sec to seal the Winter Youth Olympic title at Les Tuffes Nordic Centre in France.

The 16-year-old finished the four kilometres event 3.2 seconds ahead of Japan's Ayane Miyazaki, who took silver in 11:48.8.

Jenny Nowak of Germany did enough for bronze with 11:50.3.

Hirner had work to do in the cross-country after ending the ski jumping outside the top three.

The Austrian jumped 86 metres to earn 118.9 points, a total which meant she started the cross-country 0.23 behind leader Thea Minyah Bjorseth of Norway.

But she overhauled that gap with a superb performance on the skis to cement her place in the Olympic history books.

Women's Nordic combined failed with its bid for inclusion on the Olympic programme at Beijing 2022, but the International Ski Federation (FIS) is targeting 2026 for its debut at the Games.

The FIS announced last year that the first women's Nordic Combined World Cup season would begin in 2020, considered a boost in its push for an Olympic place.

Austria also topped the podium in the men's competition, as Stefan Rettenegger led from the front on his way to securing gold in 14:45.8.

Rettenegger converted his ski jumping advantage into the Youth Olympic title, as he finished the 6km course a healthy 13.8 seconds faster than nearest challenger Perttu Reponen of Finland.

"The strategy was to go out hard so they couldn't keep up with me," Rettenegger said.

"The race went just as I planned."