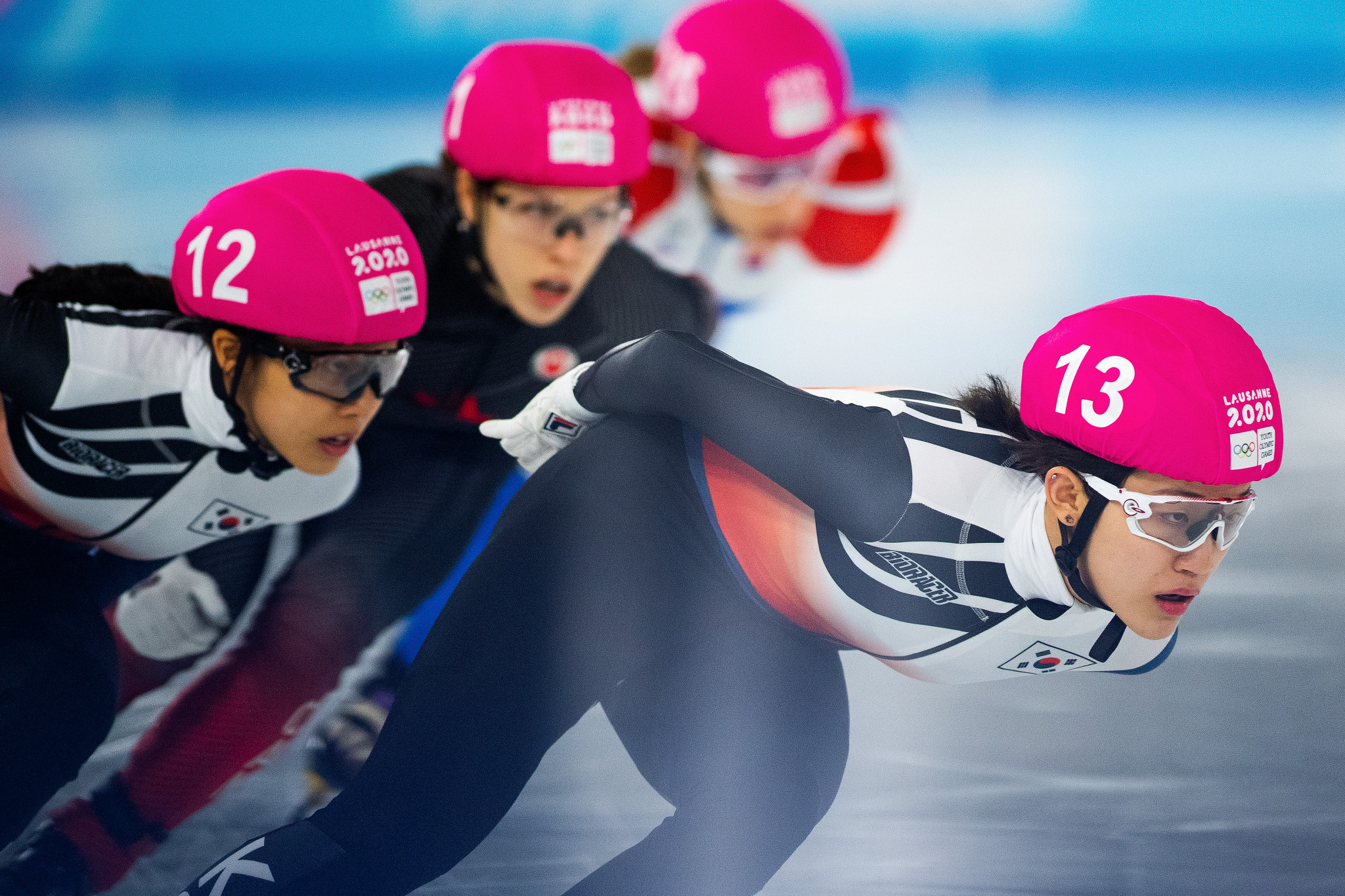 It was the first short track medal to be decided at Lausanne skating arena.

The South Koreans have a tremendous tradition in the sport, which was continued when Seo Whi-min was a convincing victor in the women's race in a time of 1min 29.439sec.

"I was really nervous, but having my friend in the final helped," Seo said.

She had made an early burst with Kim Chan-seo to hit the front, and the pair controlled proceedings from then on.

Canada's Florence Brunelle did her best to stay in touch, but could not pass the two Koreans.

In the men's race it was a similar story.

Lee and Jonathan So of the United States had both been alive to the danger posed by the Koreans.

They exchanged the lead in the early stages, but the Koreans bided their time and struck out for gold at the strategic moment.

"We are from the same country, but we always compete hard against each other," Jang said.

They will hope to emulate Lim Ho-Jyun, who won gold at the first Winter Youth Olympics before topping the podium at Pyeongchang 2018.