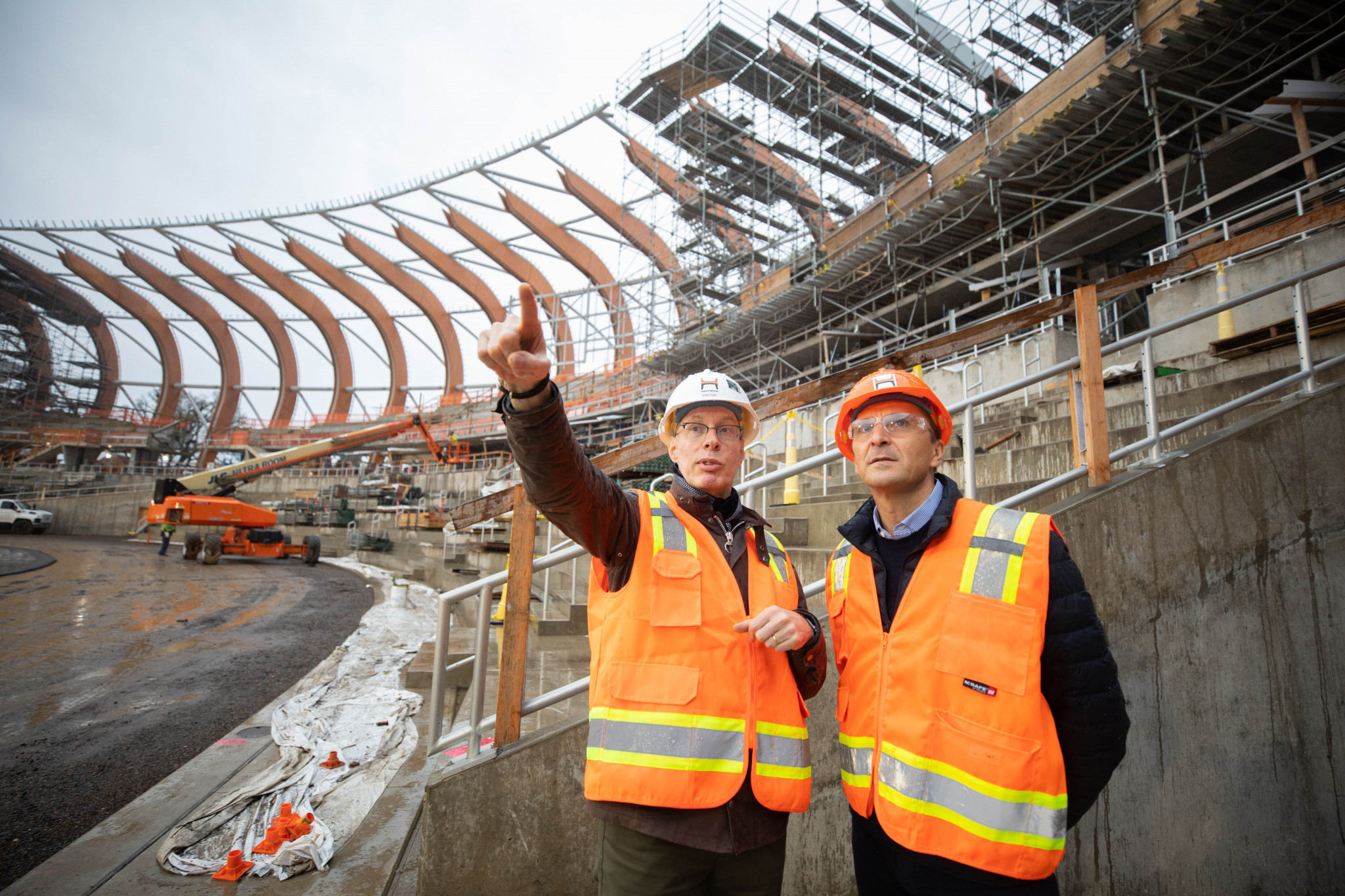 The United States' first hosting of the World Athletics Championships is on course to be a success, leading officials from the International Federation have claimed following a visit Oregon, due to stage the event next year, despite budget concerns.

The visiting delegation, comprised of both technical and broadcast experts, had a full agenda, beginning with two days in Portland as they considered course options for the Championship marathons and race walks.

They also met with Travel Oregon, a key stakeholder and driving force behind state-wide involvement in the event, scheduled for August 6 to 15 next year, and its wider promotion.

It will be the first time that World Athletics' flagship event has been held in America since it was launched at Helsinki in 1983.

"This has been a packed few days, but it is important to ensure we are all on the same page in terms of expectations," World Athletics chief executive Jon Ridgeon said.

"The Local Organising Committee has a unique approach to resource planning, using the skills and expertise of Oregonians and local partners working alongside experienced international staff with major global event production experts.

"This is the first time ever that our World Championships will be held in a stadium purpose-built specifically for athletics, rather than a multi-purpose sports stadium, which has its own challenges in terms of space but will provide a strong legacy for the sport here in the USA.

"Our tour of the Hayward Field stadium this week was exciting - and although still under construction, we can all imagine a world-class event in 2021.

"Athletics fans the world over really have something to look forward to."

Fears, though, have been raised about the Oregon Legislature's refusal so far to give the organisers the full $40 million (£31 million/€36 million) they requested to help underwrite half the budget.

So far there is also no progress on concessions being offered on taxes for the $7.2 million (£5.5 million/€6.5 million) set to be awarded in prize money to top athletes.

As it stands, athletes winning prize money at the World Championships will be charged tax by both the state of Eugene and the US Government.

Ridgeon, however, claimed he had no fears over any of the financial aspects.

"When I first came on 10 months ago, we did a deep dive into everything with Oregon21 and checked the financing and budgeting," he told The Oregonian in Portland.

"I'm fully comfortable that the money is there for a fantastic Championships."

During the visit, the logo for the Championships was launched.

Fontana’s original artwork will become a mural on the side of a building at a location still to be determined in Eugene.

"This has been an excellent visit in which we were able to share detailed plans with our counterparts from World Athletics," Oregon 2021 chief executive Niels de Vos said.

"We are delighted to have secured World Athletics' endorsement for those plans and will now double down on ensuring that we deliver against them."