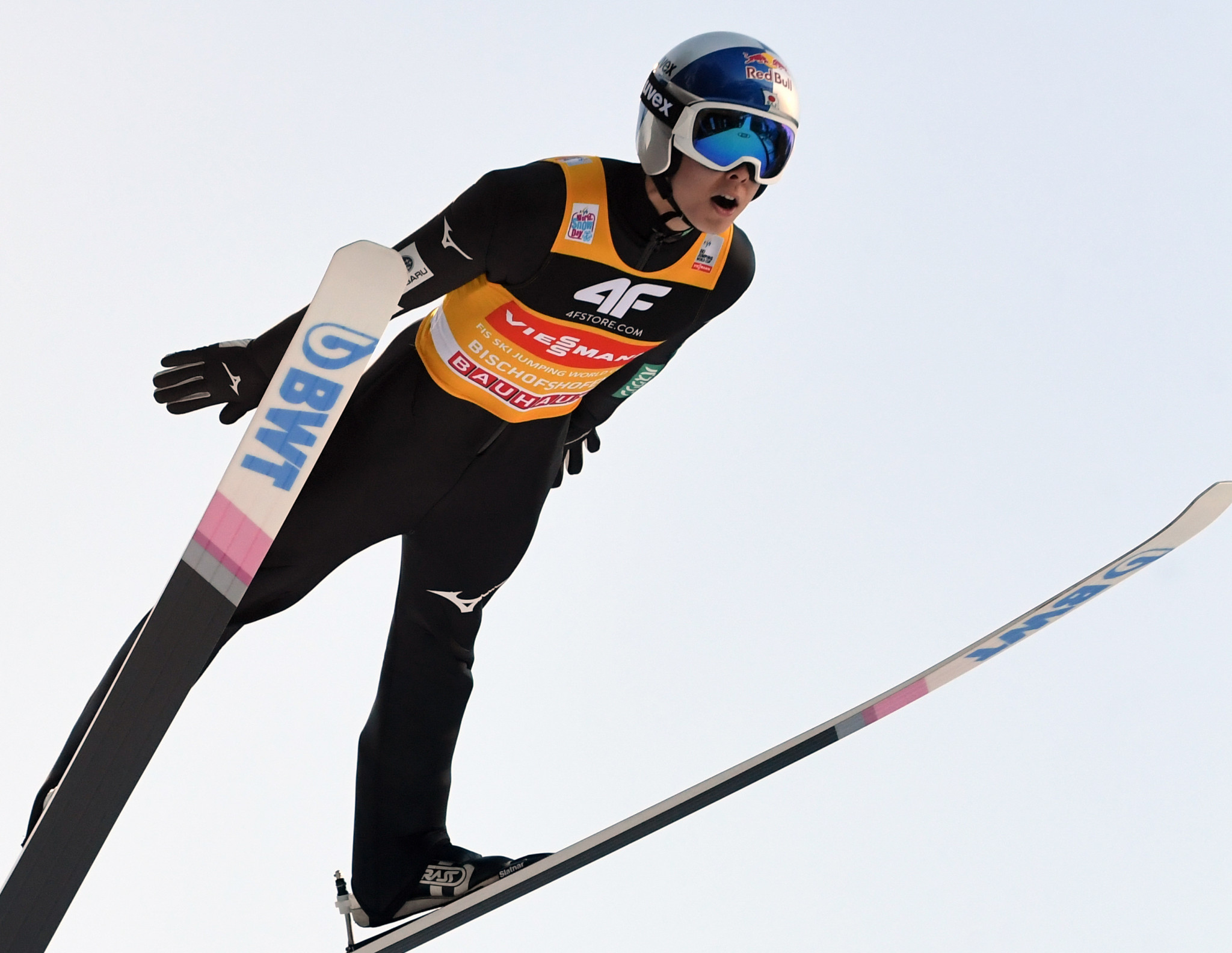 Japan's Ryoyu Kobayashi, whose hopes of retaining his overall title in the International Ski Federation Ski Jumping World Cup dipped with his mid-series form, indicated he is on the rise again in Titisee-Neustadt today.

Kobayashi topped men's qualification in the HS142 event at the German resort, finishing well clear of all challengers with a total of 144.1 points.

Home jumper Karl Geiger, who is seeking to extend his overall World Cup lead on home snow this weekend, was ninth in qualifying with 129.3.

He has arrived at this event with a total of 819 points, with Austria's Stefan Kraft, who was joint fifth today on 133.3, second overall on 699 from Kobayashi, who has 655.

Geiger's German colleague Stephan Leythe had a more successful time, finishing second to Kobayashi, bettering his distance of 137.5m by a metre, but losing out on other points categories to total 139.6.

Today's qualification will be followed by HS142 events tomorrow and Sunday.