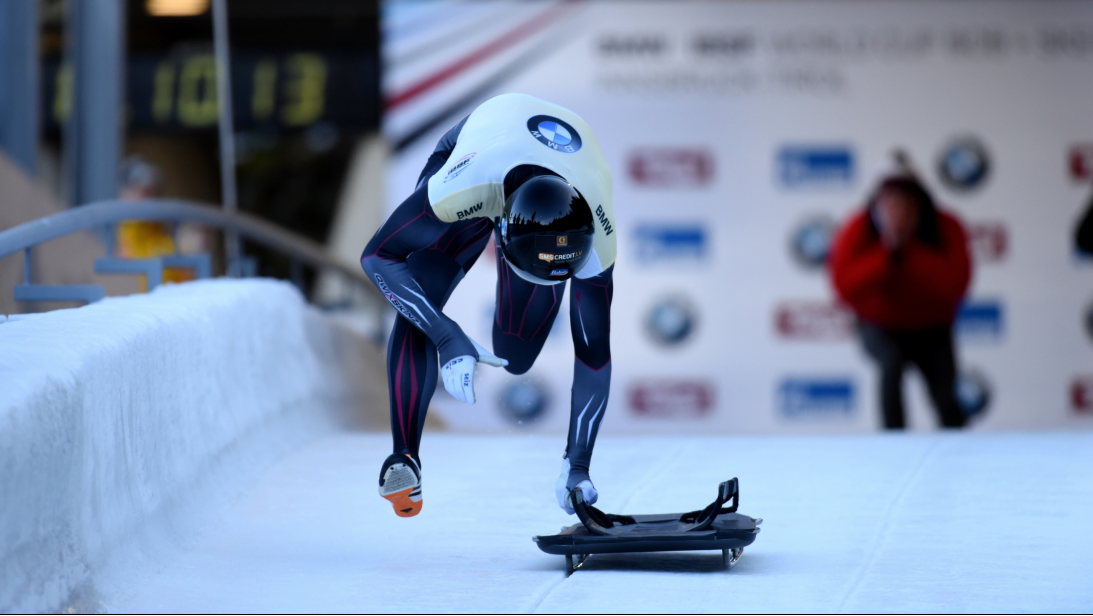 It wasn't too much of a surprise, with Dukurs having won in Austria every year since 2010.

But it was a wonderful day for Great Britain on the Igls track, with Marcus Wyatt and Craig Thompson delivering their best combined men's World Cup results for 12 years.

"I'm delighted with that," Wyatt, a former American footballer from Devon, said.

"It's by far my best result of the season and it's another personal best."

Dukurs has extended his lead in the overall standings, sitting on 1,047 points, with Tretiakov now 29 points further back.

In the women's skeleton competition, Jacqueline Lölling of Germany took out the win as expected, delivering a track record on the way.

She celebrated her first World Cup victory on the Olympic sliding track in Innsbruck, with the record coming on her second run (53.62 seconds).

Great Britain's Kim Murray had earlier broken the four-year-old track record on her way to a top-eight finish.

Murray clocked a stunning time of 53.70 seconds in run two to smash Tina Hermann's top time from 2016, as she recorded the second-best result of her career to date - before Lölling cut the time again.

In the overall standings, Lölling (1,052 points) now has a 20-point lead over Flock in second place.

Russia's Elena Nikitina (986) will go into the sixth of this season's eight races in third place overall.

Tomorrow sees the 2-man and 2-woman bobsleigh, with 4-man bobsleigh concluding the event on Sunday (Jan 19).