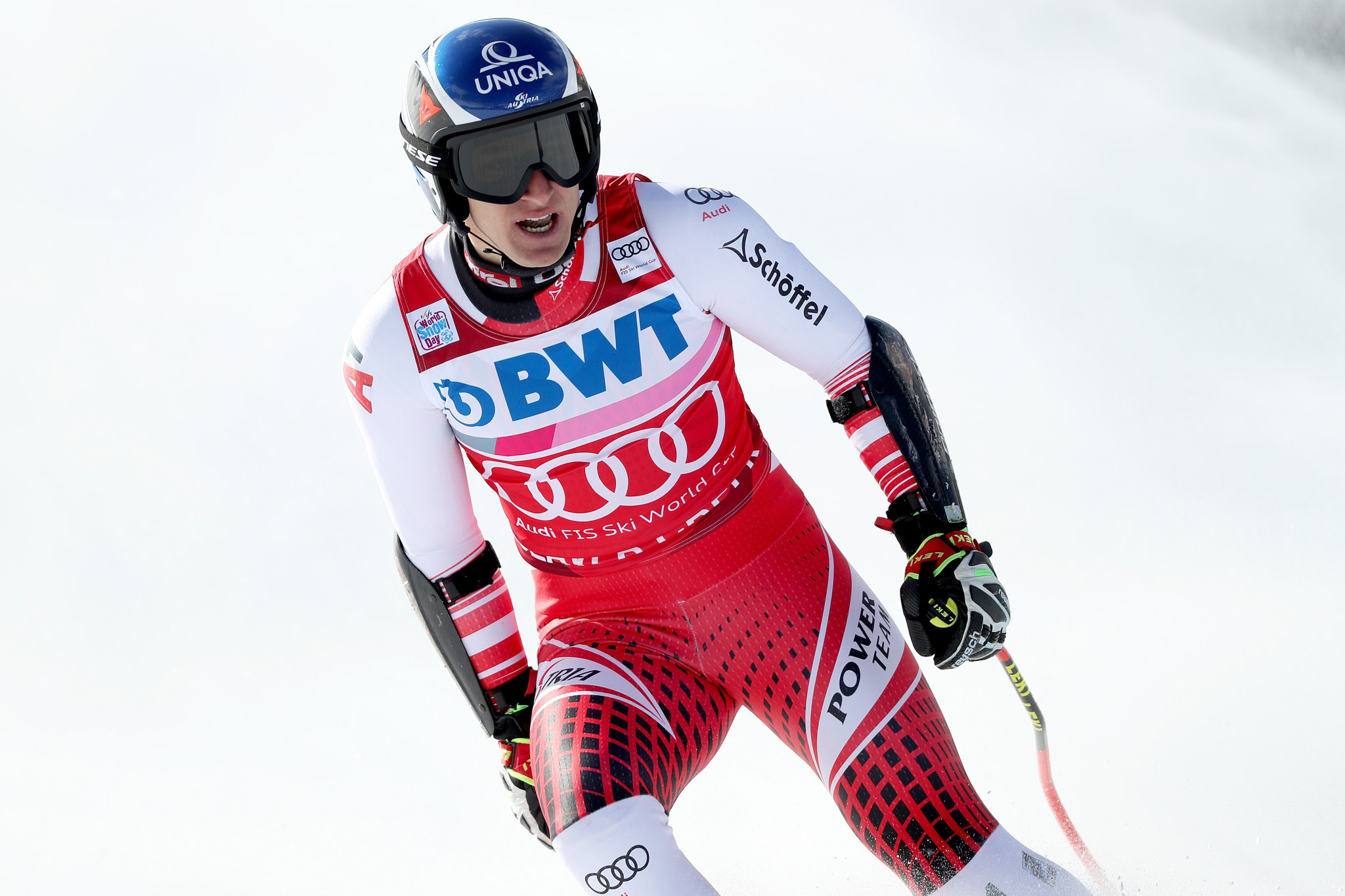 The Austrian, who had won the previous day's downhill training ahead of tomorrow's downhill race, finished in a combined time of 2min 32.45sec, just 0.07sec ahead of Alexis Pinturault.

The Frenchman produced the fastest concluding slalom run, clocking 49.44sec, almost a second clear of his nearest challenger, but had to settle for a marginal defeat on the day thanks to Mayer's equally outstanding time of 1:41.40 in the opening downhill element.

.@matthiasmayer_ nails the slalom of the Alpine Combined, scoring the 4th best time and clinches his first Alpine Combined, ahead of Frenchies @AlexPinturault (+0.07s) and @vmuffatjeandet (+0.67s). #fisalpine pic.twitter.com/GNf23oekeq

With only the last of the three scheduled World Cup men's Alpine combined events to come, Pinturault leads the standings for the discipline with 180 points, and has also taken over at the top of the overall standings with 19 out of 44 races completed.

Norway's Aleksander Aamodt Kilde, eighth today with 2:34.01, is second in the Alpine combined standings on 112, and third in the overall standings on 551, two places ahead of Mayer, who has a total of 462.

Switzerland's Loic Meillard is third in the Alpine combined standings on 110 after finishing fourth today, 1.02sec behind the winner.

The third podium place went to France's Victor Muffat-Jeandet, who was at +0.67.

After tomorrow's downhill, competition at Wengen concludes with a slalom race on Sunday.