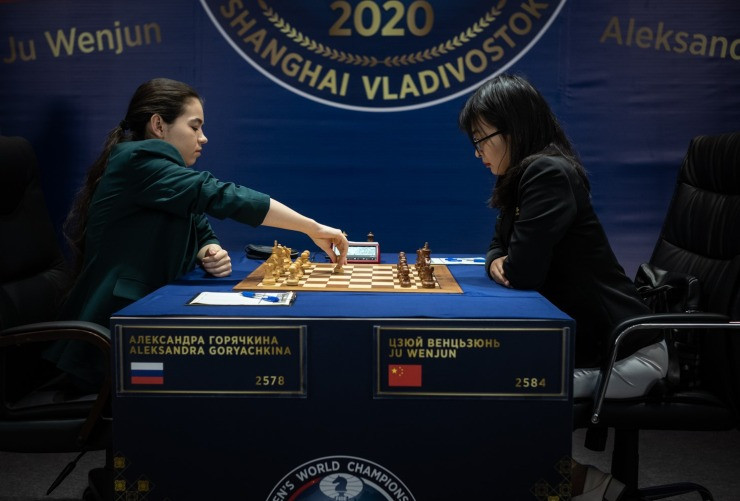 Russia's Aleksandra Goryachkina has taken a one-point lead over China's Ju Wenjun at the Women's World Chess Championship, after winning the eighth game in Vladivostok.

It leaves defending champion Ju with only four games to overturn the deficit and retain her title.

She had home advantage for the first six games in Shanghai, but the event has moved to Goryachkina's turf from yesterday's seventh game onwards.

Aleksandra Goryachkina 🇷🇺wins the 8th game and leads the Women's World Chess Championship by one point: 4½-3½.

The World Champion Ju Wenjun 🇨🇳 only has four games left to overturn the score and retain her title. #WomenChessMatch

The pair could not be separated yesterday, following three days off.

Game nine is due to be played on Sunday (January 19).

The 12th and last game is scheduled for January 23.