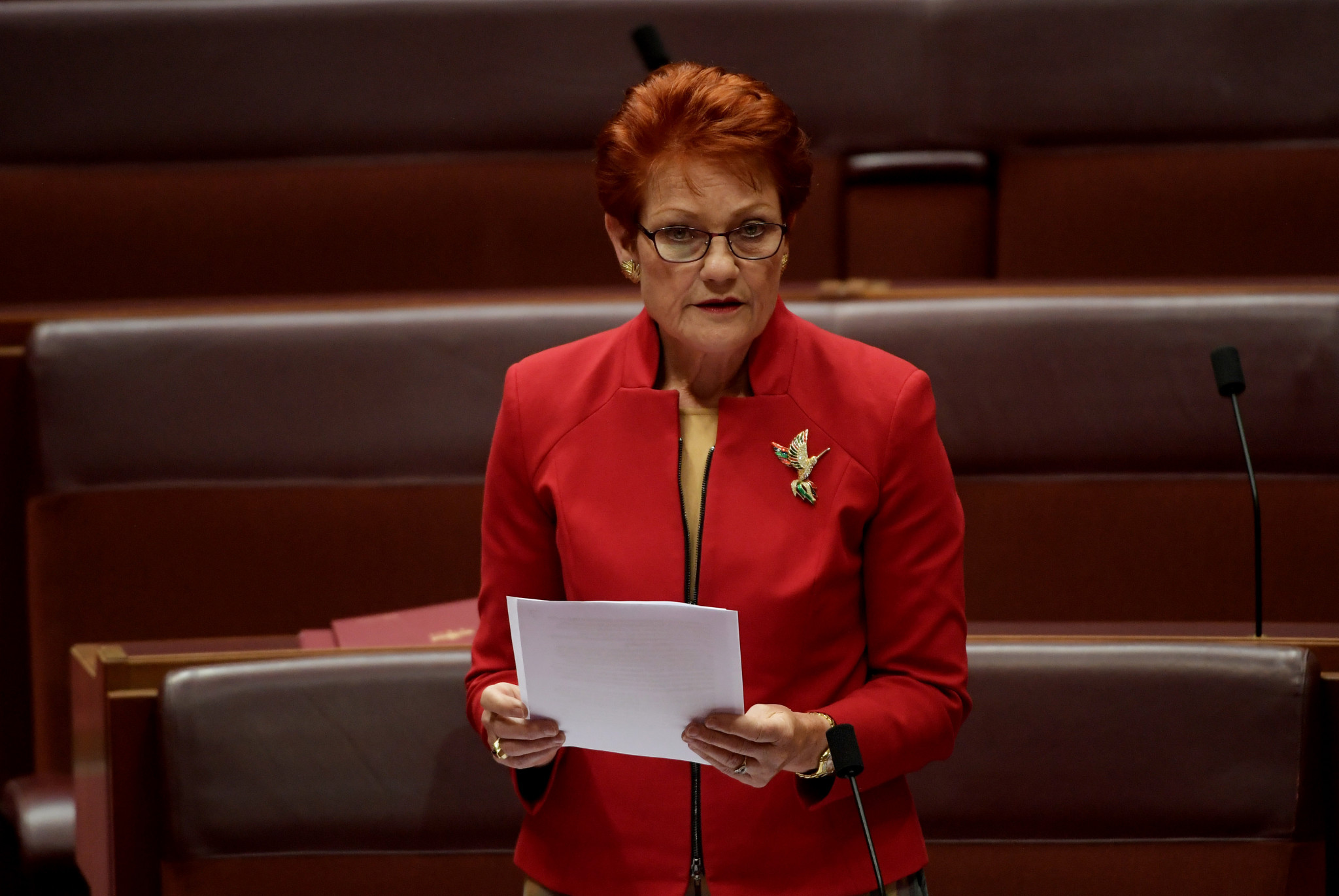 Controversial Australian politician Pauline Hanson has launched a major campaign against Queensland's proposed bid for the 2032 Olympic and Paralympic Games.

Hanson, the leader of right-wing populist political party One Nation, has claimed the State Government should be focusing on providing water to regional areas rather than spending money on an Olympic bid.

Queensland's Government announced last month it would bid for the Games to be held in South-East Queensland at venues in Brisbane, the Gold Coast and the Sunshine Coast.

The bid has the backing of South-East Queensland Councils, the Federal Government and the business sector.

But Hanson, a Senator for Queensland since 2016, claimed it was not what most people in the State wanted.

"The feedback I’m getting from everyday Queenslanders is that they're not interested in hosting the Olympics, and instead would prefer the money be spent on drought-proofing the state first and foremost," she said.

"Stuff spending tens of billions on stadiums and entertainment centres across Brisbane, the Sunshine Coast and Gold Coast - the people want water projects like a hybrid version of the Bradfield Scheme so that towns right across Queensland don't run dry ever again."

Hanson revealed 50 orange billboards will be plastered with the message "2032 Brisbane Olympics, regional Queensland says NO" from this weekend.

A feasibility study commissioned by Queensland Premier Annastacia Palaszczuk has put the cost of staging the Games at AUD$5.3 billion (£2.8 billion/$3.7 billion/€3.3 billion).

"There's not a single modern Olympics that has run under budget and, in effect, Annastacia Palaszczuk and Scott Morrison have written the Olympic committee a blank cheque," Hanson, often accused of racism because of her anti-immigration policies, said.

"It seems this duo is more interested in funding wasteful glamour projects that feed their pride and build their egos, rather than directing money to projects that will build the economy and make life better for everyday Queenslanders and perhaps other states.

"The decision to chase the Olympics, despite having no idea about the costs, while ignoring many other desperate needs of the people, is irresponsible, selfish and shows an extreme lack of leadership from both Annastacia Palaszczuk and Scott Morrison.

"I have written to Scott Morrison and told him to abandon this ill-conceived idea and I commit to the people of Queensland that if One Nation has any say after the next State election, we will pull the Olympics bid ourselves."

Queensland Senator @PaulineHansonOz is campaigning against a Queensland bid for the 2032 Olympic Games. She says the money would be better spent on water infrastructure @abcnews @abcbrisbane pic.twitter.com/8E3A3Pi0nb

A cost-benefit analysis claimed that the whole of Queensland will secure an extra 129,000 jobs during the build-up to the Games and the Council of Mayors (SEQ), a group of political leaders in the State who had encouraged Palaszczuk to support the bid, hit back at Hanson.

"It is no secret the Council of Mayors (SEQ) started this investigation to bring all levels of Government together to ensure the critical transport infrastructure needs of South East Queensland are addressed as this region grows by a further two million people in the next 20 years," they said in a statement.

"During these investigations, the Olympic and Paralympic Games presented an opportunity to not only create the momentum to address the region’s growth challenges, but deliver something that would have enduring benefit for the whole of Queensland.

"Self-serving political commentary does nothing to support or advance the interests of Queensland."