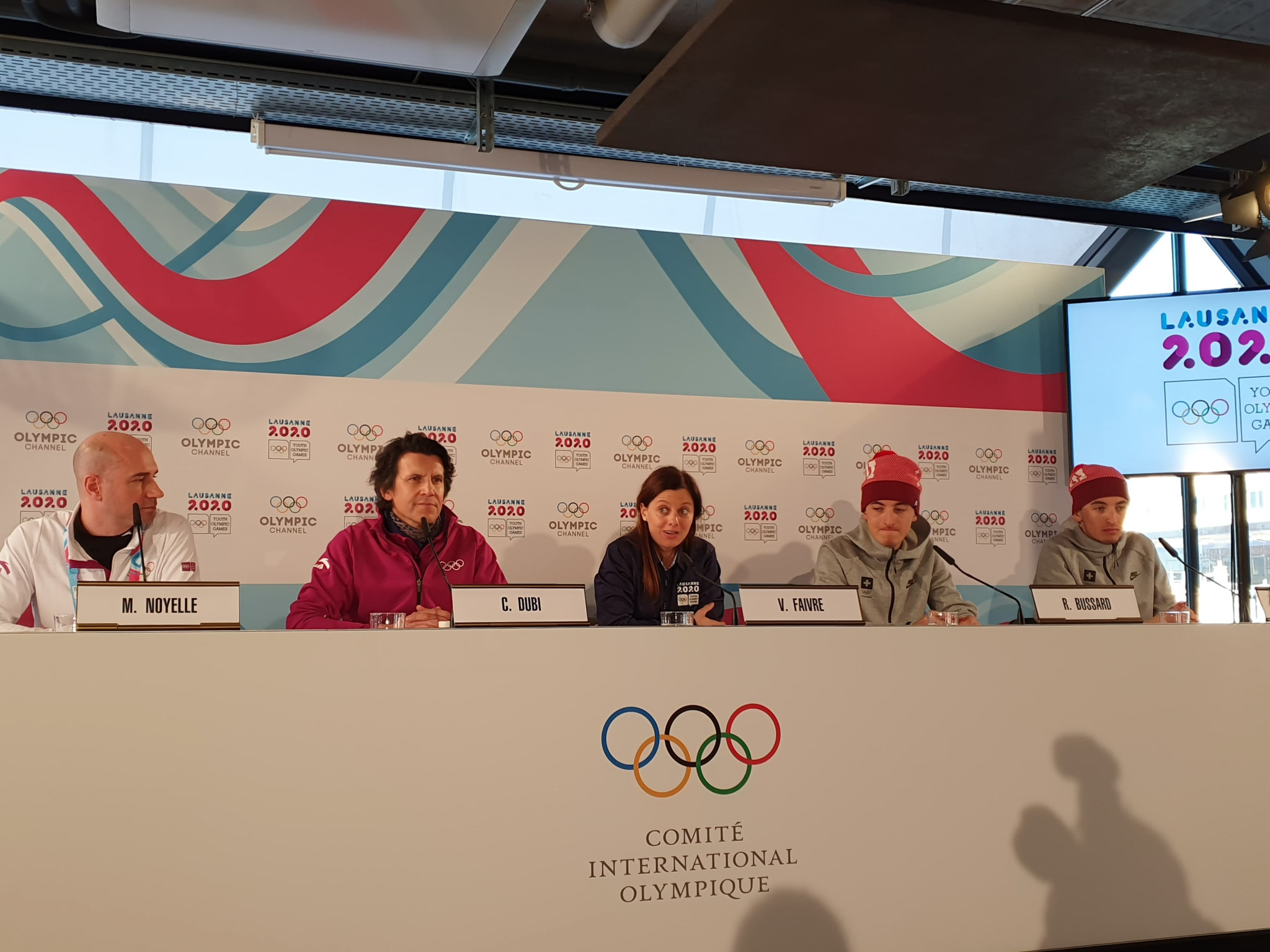 The Beijing 2022 Winter Olympic Games should look to the example of Lausanne 2020 to create an atmosphere that appeals to young people, according to International Olympic Committee (IOC) official Christophe Dubi.

Dubi, the IOC executive director for the Olympic Games, highlighted the "Lausanne en Jeux!" festival as an example of what Chinese organisers could replicate in two years.

The Lausanne native highlighted the excitement of young people at festival events in the Olympic capital, with ice skating and a portable ski-jump slope among the pop-up installations for people to try.

Dubi highlighted the noise generated in the centre of the Lausanne, which he hopes could also be achieved at the Olympic Park in Beijing when the Chinese capital hosts the Winter Games.

"One thing we can learn is to engage and create opportunities for youth," Dubi said.

"I would love to see the Olympic Park in Beijing, or other venues, when you have all the local youth being involved and for them to test the sport.

"It is formidable and creates that unique atmosphere and the true sense that the Games are for everyone.

"What we are going to be working on, as well with Milan Cortina, is creating opportunities, play, have fun, exchange and we have the ideal facilities.

"When you look at the path from south to north, we can have millions, we have to be true to the very promise that has been made.

"It is important to have this party not only in Lausanne, but running it at all the venues.

"We shouldn't only organise competitions.

"We must make use of all this enthusiasm, sports festival, share this passion for sport and in the Olympic Movement, this was the city's intention to add an added value to these Games."

Beijing 2022 are among the future Organising Committees participating in an observer programme at the third edition of the Winter Youth Olympic Games.

The programme is aimed at helping the organisation learn from their predecessors.

Lausanne 2020 President Virginie Faivre, a three-time freestyle skiing world champion, expressed her hope Beijing 2022 will be able to use the Winter Youth Olympic experience to aid their preparations.

"As we are a traditional winter sports country, we have this experience," Faivre told Chinese news agency Xinhua.

"I am sure they will be able to bring it back and organise a wonderful Games.

"We're really happy to have them around, they're observing.

"It is really interesting to see the progress and also the development of winter sports in China.

"We've seen this development and we're really happy to be able to accompany and support Beijing on the way to the Games.

"I think that the next generation really matters."