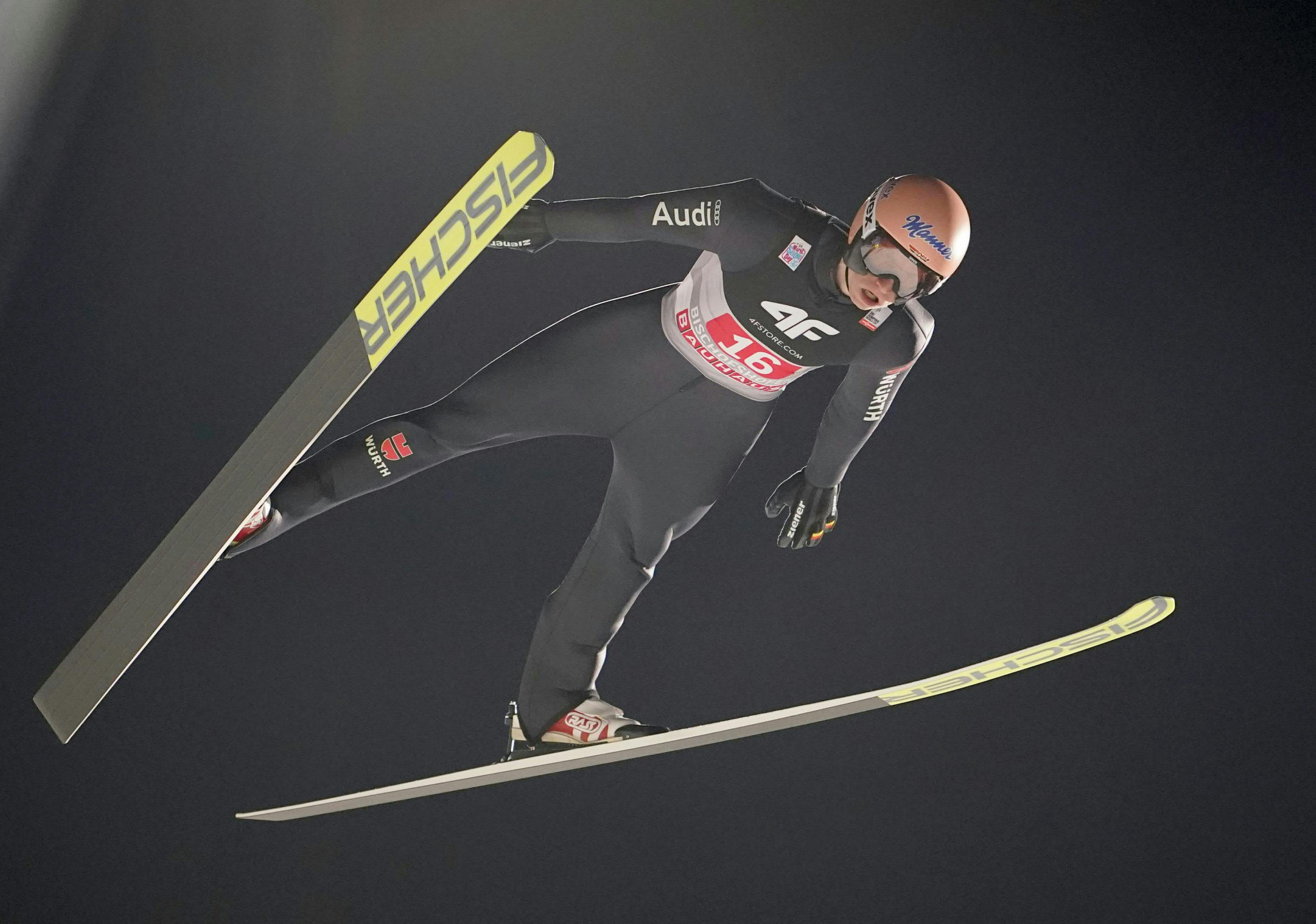 Germany's Karl Geiger will be looking to extend his lead in the International Ski Federation (FIS) Ski Jumping World Cup standings on home snow in Titisee-Neustadt over the coming three days.

The 26-year-old won both HS104 events last time out in the Italian resort of Val di Fiemme, moving him to 819 points.

He is followed in the standings by Austria's Stefan Kraft, the runner-up in both events in Val di Fiemme, on 699 points.

Japan's Ryoyu Kobayashi is third with 655 points, while Poland's Four Hills Tournament champion Dawid Kubacki, the third-place finisher in both events in Val di Fiemme, is fourth with 564.

Among the athletes who will be missing is home star Markus Eisenbichler, due to a wrist injury.

It has been confirmed, however, that the reigning individual large hill world champion does not require surgery.

According to team doctor Mark Dorfmueller, the capsular ligament lesion will be treated conservatively.

"A surgery is not necessary - the injured wrist will be treated by immobilisation with a splint," he said.

"Markus has to take a break for a few more days."

Dorfmueller added that if the healing process goes normally, Eisenbichler will be able to compete again at the FIS Ski Jumping World Cup in Polish town Zakopane from January 24 to 26.

"I'm glad that I don't need surgery and can avoid a longer break," Eisenbichler said.

"A splint will now be adjusted in order to immobilise the wrist."