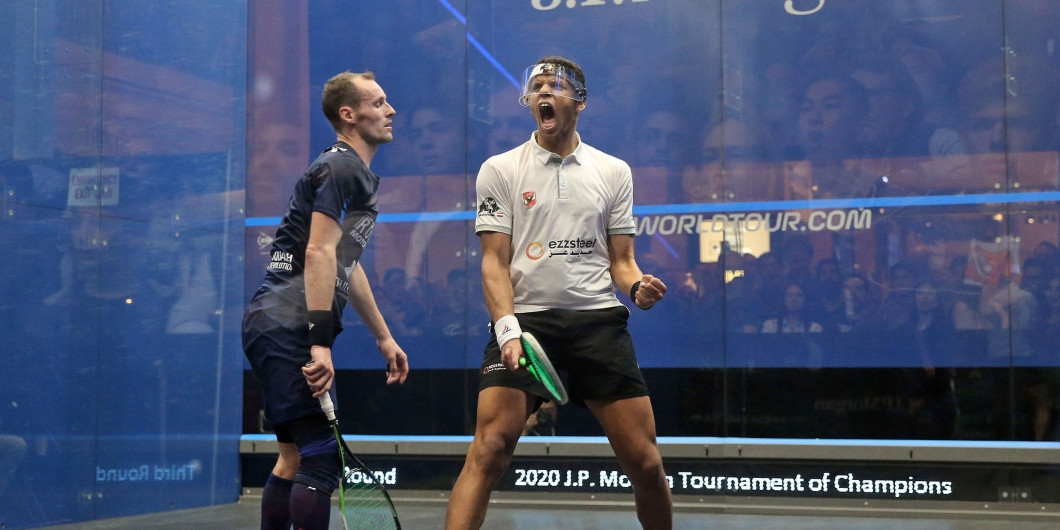 It has booked him a first quarter-final at a PSA World Tour Platinum event, with reigning world champion Tarek Momen awaiting in the last eight.

Thirty-seven-year-old Gaultier, a former world number one, exits the tournament at Grand Central Terminal after making a superb return to the circuit.

He spent 15 months on the sidelines due to a knee problem but beat Egypt's former world number three Omar Mosaad in five games in round two, in a repeat of the 2015 world final.

"Gaultier is such a legend, and I can't describe the feeling of sharing a court with him," said Asal.

"I remember when I was 13-years-old, I went on court to practice with him, every single day after his matches in El Gouna, so I want to thank him for the opportunity to play with him.

"He really is a legend and I can't describe my feelings to him.

"I was a child and I texted him to ask if I could play with him in El Gouna and he said yes.

"I know if he hadn't have been injured then he would have finished me in about five minutes.

"It's unbelievable to play here, it's my second home, and it's the best tournament that I have ever played on the PSA."

In the women's second round, two home American players advanced at the expense of seeded opponents.