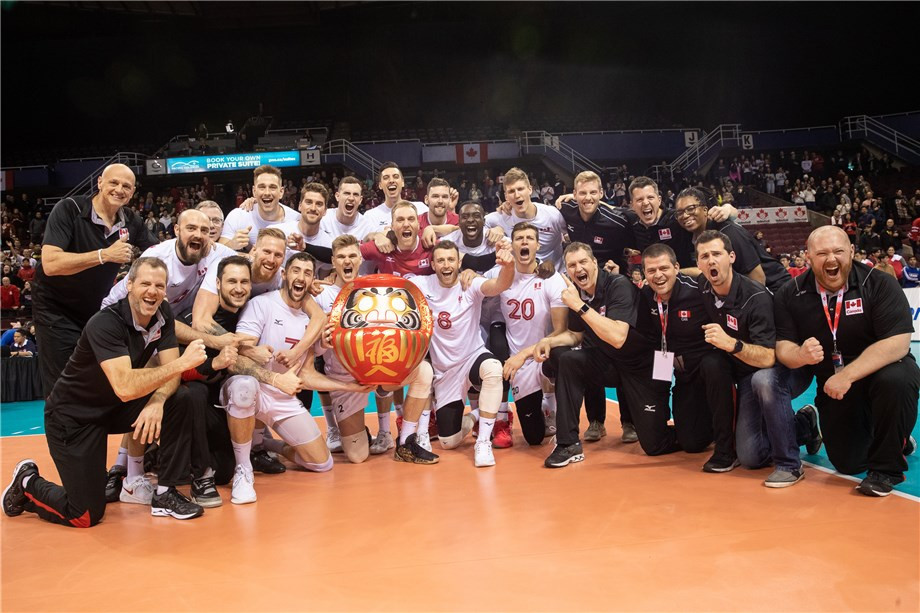 The Canadian men won their home event in Vancouver to book their place at this year's Games, with Venezuela's men earning their spot in Mostazal in Chile.

Dominican Republic's women won a straight shoot-out with Puerto Rico on home soil in Santo Domingo to secure their berth in Japan.

After winning their opening two matches at the Men's Volleyball North American Olympic Qualification Tournament, Canada knew a third against Puerto Rico would see them end the round-robin event with a 100 per cent record and seal the only Tokyo 2020 place available.

Arthur Szwarc top-scored with 13 points as the hosts booked their second consecutive Olympic appearance and a fifth in all.

Canada had set-up their opportunity to advance by beating Cuba in a five-set thriller yesterday, where they came back from two sets down.

"It will be my fourth time [going to the Olympics], third as a coach, it's a great feeling every time, it's a dream come true."

Colombia were in the same position as Canada at the Men's Volleyball South American Olympic Qualification Tournament, where they knew a final day win over hosts Chile would seal their Tokyo 2020 place.

Venezuela, Colombia and Chile all ended on two wins and one defeat with the Venezuelans topping the pile on sets ratio.

Luis Antonio Arias Guzman led the way for Venezuela, scoring 17 points at Gran Arena Monticello as his country booked their second Olympic appearance and their first since Beijing 2008.

The straight shoot-out was confirmed after both sides had won both of their opening two group games, with Bethania De La Cruz De Peña scoring 16 points in the 25-20, 25-18, 25-15 success.

Dominican Republic will now play at their third Olympics and their first since London 2012.