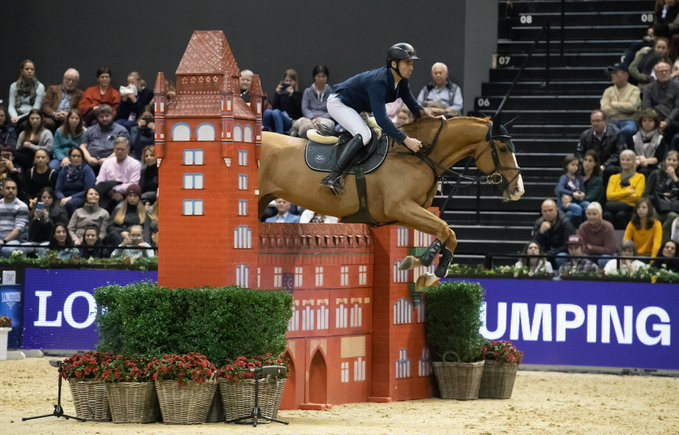 Defending champion Steve Guerdat of Switzerland took the top prize in the Longines International Equestrian Federation (FEI) Jumping World Cup today on his home ground of Basel, beating 14 other riders in a jump-off.

In the Jakobshalle, normally an ice hockey rink, Guerdat - the London 2012 individual champion and three-times World Cup winner who was world number one for over a year until overtaken by compatriot Martin Fuchs earlier this  month - kept the coolest head of all.

He guided his 11-year mount, Victorio des Frotards to a clear round in just 31.44sec midway through the final round - a time that proved beyond any of his rivals.

The bronze medal went to Pieter Devos of Belgium and his Dutch Warmblood Apart, who together won the Stuttgart leg earlier this season.

This was the 10th of the 14 legs of the FEI Western European League, from which riders will qualify for the Longines FEI Jumping World Cup Finals in Las Vegas in April.

Today’s victory saw Guerdat move to the top of the league standings on 75 qualifying points, bumping Devos down to second place on 70 points.

While the Swiss champion was thrilled to take the leg and lead the rankings, he said: "More important is to be on top at the end of the World Cup season."

"But I’m delighted with the horse - He’s giving it all for me.”

Victorious with Victorio - it was written in the stars for Steve Guerdat!

Faultless, fearless, and full of confidence, Victorio des Frotards & Steve Guerdat worked together in total harmony to skyrocket to the top of the first @LonginesEq FEI Jumping World Cup of the year! ??? pic.twitter.com/3UdZWCZFGQ

A group of 12 of the world’s top-20 show jumping riders were present, including nine former world number ones and every winner of World Cup legs in the league so far this season.

Whilst four riders elected to retire, 15 went clear to move on to a massive jump-off.

Among those who found Guerdat’s time too hard to beat were Ireland’s Denis Lynch and Marcus Ehning of Germany, winner of the Madrid leg a few weeks ago, both of whom went clear.

Max Kühner of Austria picked up four points on the double combination, opening the door for French rider Epaillard.

Next in line, Scott Brash of Great Britain, who won the Verona leg in October, saw his ride unravel with a refusal at the Longines upright, racking up 11 penalties and a time of 50.69.

Devos and Apart gave it their all and a clear ride in just 32.41 put them in third.