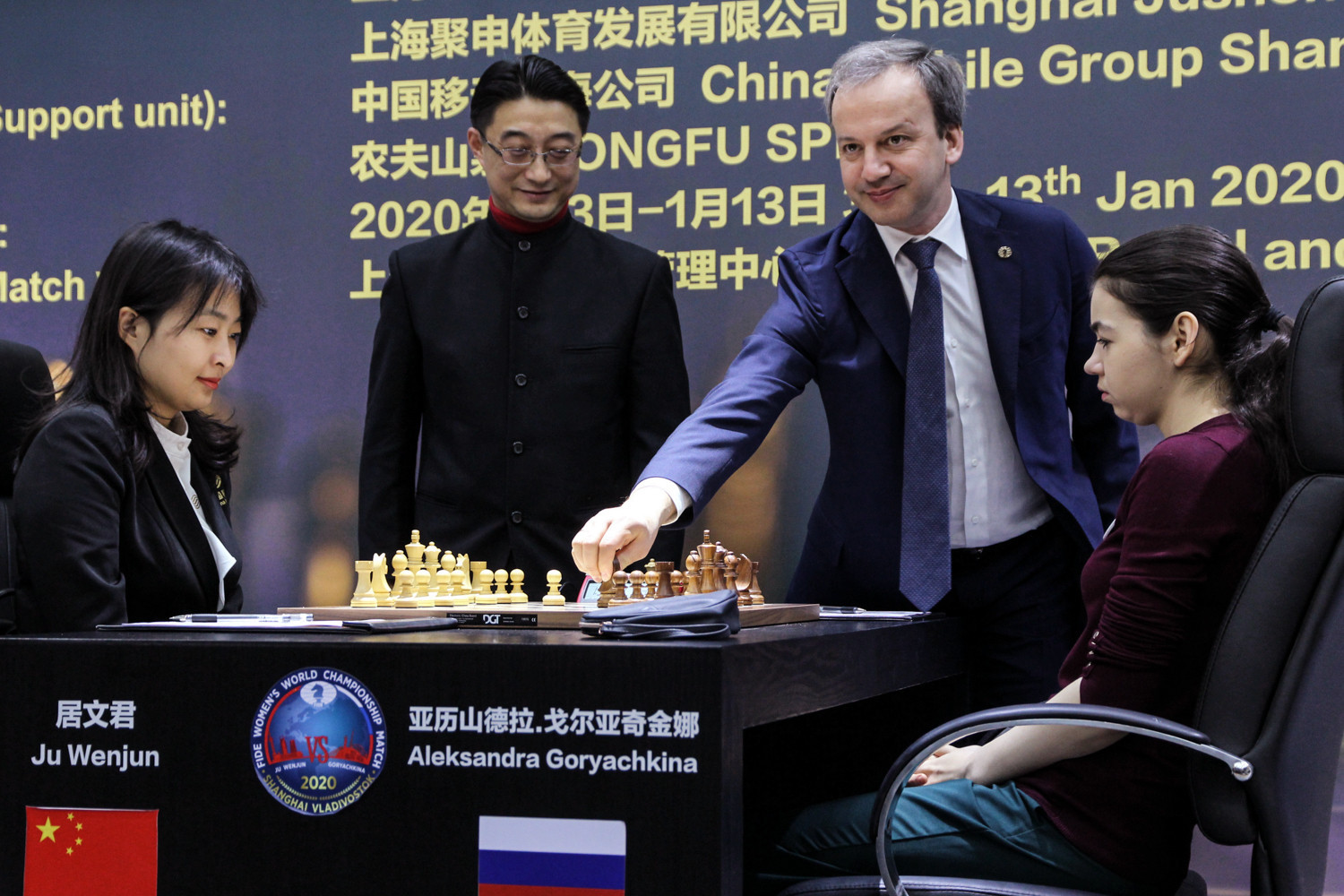 The Women's World Chess Championship will head to its second venue in Vladivostok all square after today's sixth game in Shanghai was drawn.

China's defending champion Ju Wenjun and Russian challenger Aleksandra Goryachkina are now locked level at 3-3 after the completion of the first six matches in the Chinese city.

Today's result was the longest game played so far, ending at 105 moves and just shy of six hours of play.

The game ended just two moves before the 50-move draw rule, where a draw can be claimed if no capture has been made and no pawn has been moved in the last 50 moves, could be enforced.

Both players collected half a point.

Ju played with the white pieces but it was Goryachkina, playing with black, who had the opportunity to try and force a win.

It was the first game of the Championship where the player with the normally more advantageous white pieces was in the weaker position, but the Russian could not find the decisive moves for victory.

The champion was visibly tired with Ju's hand at times trembling.

Six more games will now be played in Vladivostok from Thursday (January 16), following an Opening Ceremony the day before.

After the first three matches were drawn at Shanghai Chess Center, Ju forced the first victory in game four.

Goryachkina hit back in game five and will now contest the rest of the Championship in her home country where large crowds are expected to support her.