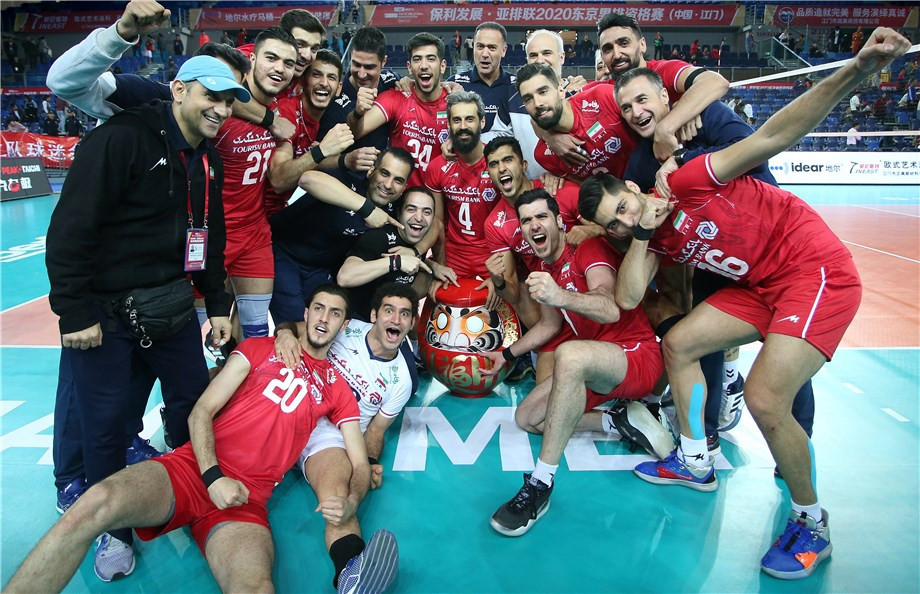 The Iranians defeated hosts China in straight sets in the men's final in Jiangmen to book their second Olympic appearance after they debuted at Rio 2016.

South Korea also spoiled a home party as they recorded a straight sets win of their own over hosts Thailand in Nakhon Ratchasima.

It means they will head to their third consecutive Olympics in Japan's capital, and their 12th in all.

Iran, the reigning Asian champions, were the favourites to prevail at Jiangmen Sports Center Gymnasium and were led by Seyed Mohammad Mousavi Eraghi who contributed 16 points in their 25-14, 25-22, 25-14 success.

"We prepared well for this match and both sides know each other very well," said Iran captain Saeid Marouf.

"Today our service and block were incredible, and it was one of our best games in the past few years.

"The Chinese team had some problems with their reception, and we were so lucky and happy to win in three sets."

"When we prepared for this competition, we felt under pressure since we did not have much time to prepare together," said Kim.

"However, we have a good coach who gives us confidence and supports us really well.

"To qualify for the Olympics is very important for me and my team as this probably will be my last Olympics, so that is why I really push myself very hard.

"I would like to thank all the fans who cheered for us.

"I am just happy for the result today.

"We expected a tough match against Thailand and they played well as we had expected.

"But we really pushed them hard from the beginning and also our attacking was effective, so we could play against them easier."