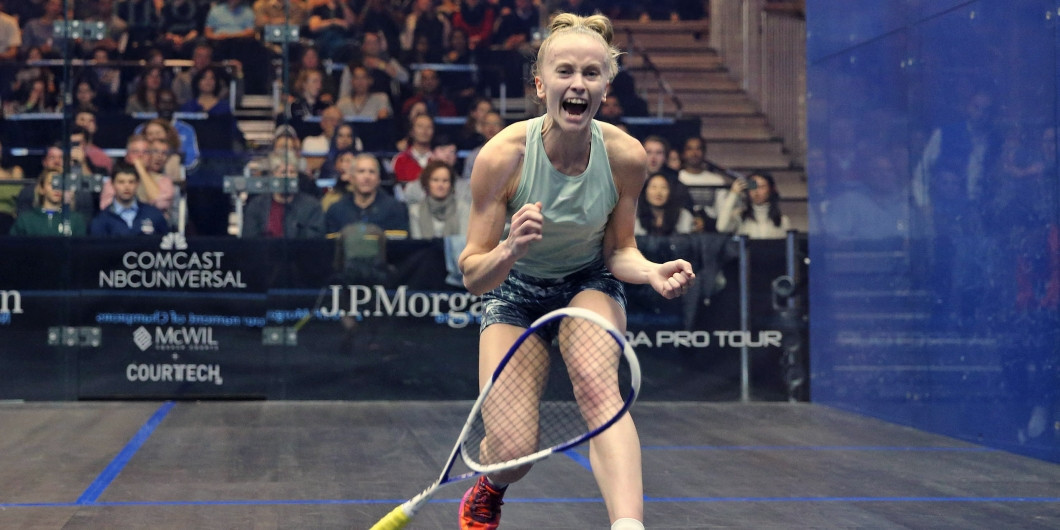 Sobhy, the American number one who reached the Tournament of Champions final in 2016, was 2-0 up after just 20 minutes before Whitlock's roaring comeback.

"The last three games were a symbol of how I've been playing towards the end of last year," said Whitlock.

"I've really been working on everything, no injuries and being mentally and physically strong.

"I was so lost out there and seeing it a bit late in those first two games and she was just so dominant.

"My coach said to me when I won yesterday, 'you’re playing Saturday night, prime time, under the chandeliers in Grand Central Terminal in front of one of the best crowds on the tour'.

"Even if I'm the away player, I could hear people shouting my name, it just couldn't have been a better time to win."

The 2017 world champion wrapped up the match in just 22 minutes.

Camille Serme, France's fifth seed, had a much tougher examination as she needed five games to beat Egyptian Rowan Elaraby.

"If you're outside the top eight then you can get these draws at any time," said Makin.

"I've had two of those in a row now but if I want to get up to the top eight then I have to start beating those guys and do it anyway, I'm glad I did that and hopefully the draw has opened up a little bit."