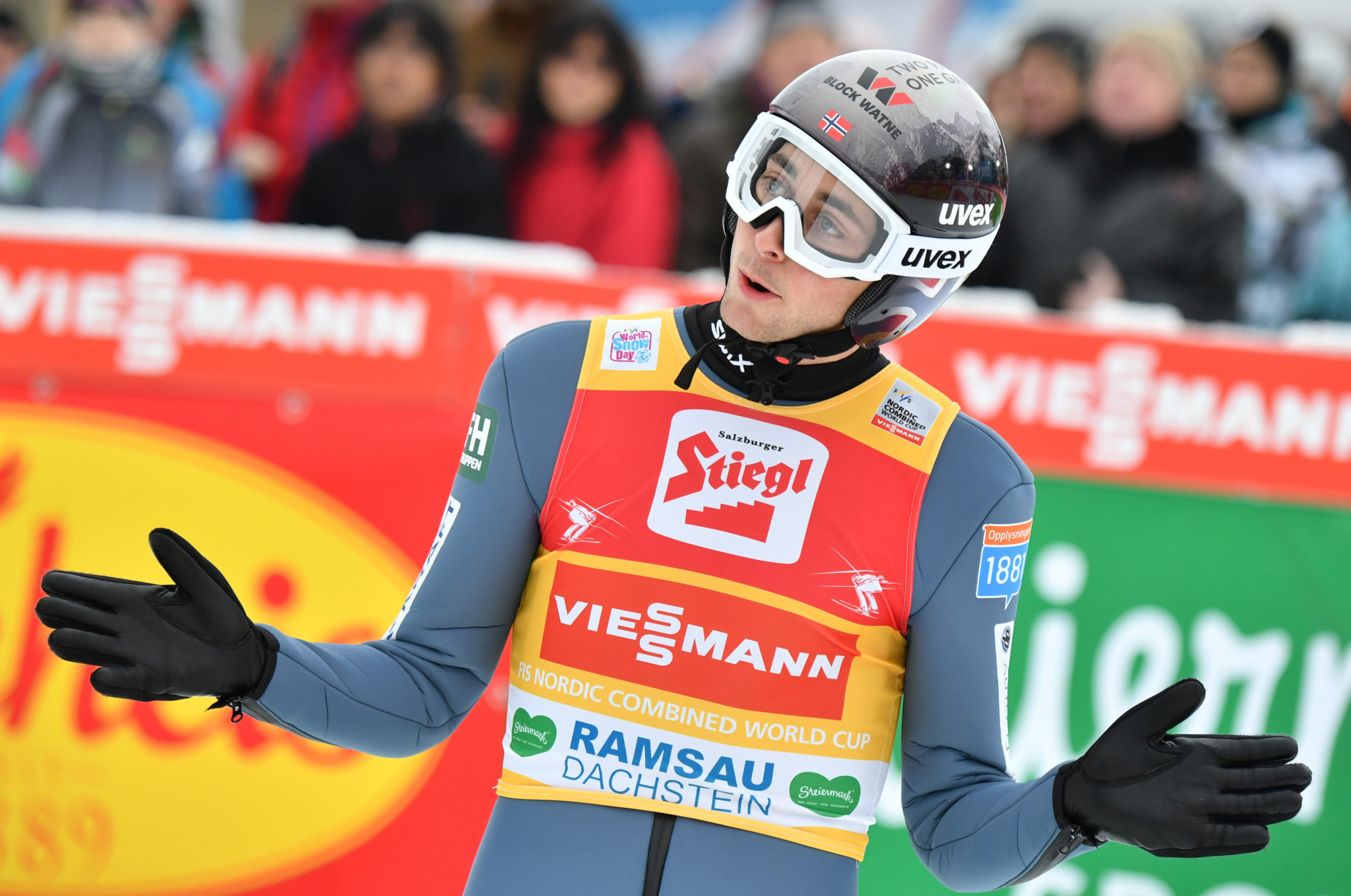 After a strong cross-country race, the 22-year-old triumphed in a time of 26 min 10.9sec to make it seven wins out of eight this season.

He finished 26.6 seconds ahead of Germany's Vinzenz Geiger, the only man to beat Riiber in the 2019-2020 campaign when he won the first race in Ramsau, Austria, last month.

Norway’s Jørgen Graabak continued his impressive result sheet in the Italian resort with a third-place finish, ending up 27.7 seconds behind Riiber.

Fellow Norwegian Espen Bjørnstad was second with 102m and 140.8 points, and had 23 seconds to make up on his team mate.

Austria's Franz-Josef Rehrl started his race only a further second later after jumping to 104m and registering 140.7 points.

Riiber skied a strong race and even though the pursuers made up ground in the first lap, he kept the pace high enough to discourage any serious attempts to catch him.

The pursuing group consisted of Graabak, Bjørnstad, Rehrl, Norway's Jens Lurås Oftebro and Espen Andersen, and Japan's Akito Watabe after the first lap, but it steadily grew when more athletes managed to close the gap.

By the 5km point, a large group, including Geiger, all skied together around one minute behind Riiber.

They quickly opened up a gap of eight seconds at the last intermediate time at 8.8km.

The sudden increase in speed also halved Riiber's advantage, but the Norwegian did not let anybody endanger his victory.

Coming on to the final stretch, Geiger had the better tactical movement and claimed his second place without a sprint, while Graabak came third.