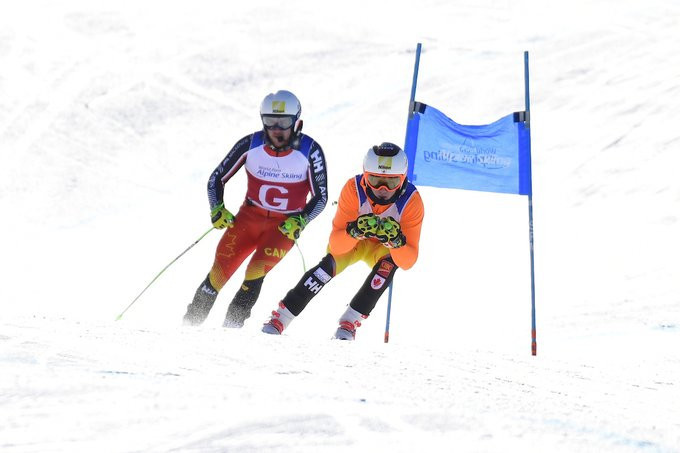 Canada's Mac Marcoux and France's Arthur Bauchet both made it a hat-trick of wins, as super-G competition concluded at the World Para Alpine Skiing World Cup in Veysonnaz.

Marcoux, who missed last season due to injury, won the men's visually impaired event for the third day in a row at the Swiss ski resort.

"I'm just so stoked to be back skiing," Marcoux said.

"I came in open-minded, wanted to feel things out, see where we were sitting."

Bauchet, meanwhile, completed a perfect three races in men's standing with a time of 1:05.39.

Canada's Alexis Guimond took the silver medal in 1:05.48, while Austria's Markus Salcher clinched the bronze in 1:06.80.

"It's a difficult slope, so it's really nice to win here.

"It's good to start the season with victory."

Three perfect races ??? from Arthur Bauchet in the men's standing!

Two other skiers made it two wins out of three today - Canada's Mollie Jepsen in women's standing and Norway's Jesper Pedersen in men's sitting.

Jepsen, making her comeback after a missed season, followed up her opening-day victory and runners-up finish yesterday by triumphing in 1:11.78.

Yesterday's winner Marie Bochet of France, a five-time world champion, dropped to second place in 1:12.63 and the podium was completed by Germany's Andrea Rothfuss in 1:13.06.

As for Pedersen, he picked up his second gold medal in as many days with a time of 1:05.75.

The Netherlands' Jeroen Kampschreur finished second in 1:06.84, while Canada's Kurt Oatway, the winner on Wednesday (January 8), came third in 1:07.37.

Also victorious was The Netherlands' Barbara van Bergen in women's sitting in 1:15.57.

The Dutchwoman's win came after she had failed to finish on day one and had to settle for second place on day two.

The United States' Laurie Stephens and Japan's Yoshiko Tanaka completed the top three in 1:18.89 and 1:23.54, respectively.

In the women's visually impaired event, Germany's Noemi Ewa Ristau was again the sole competitor and posted a time of 1:13.04.

Action in Veysonnaz continues tomorrow with the first of two days of giant slalom races.