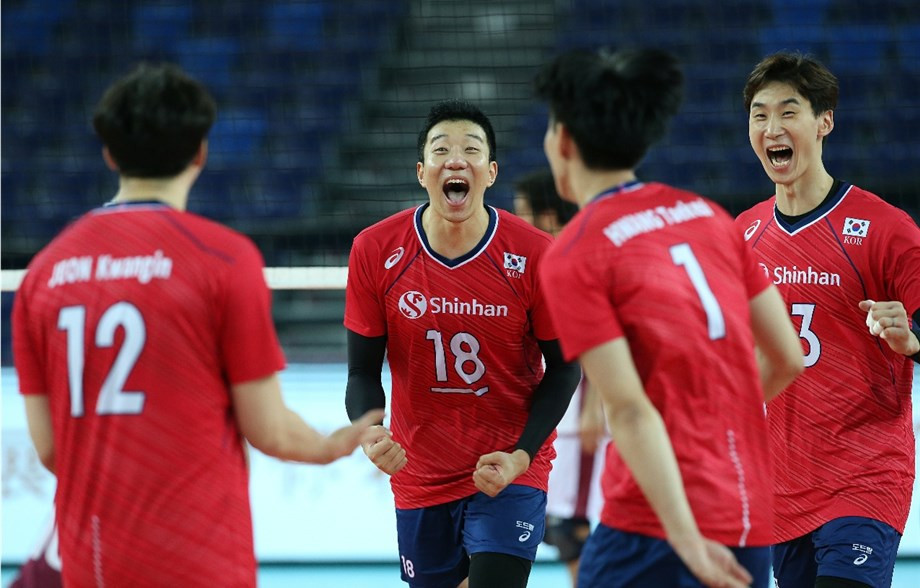 South Korea completed the semi-final line-up at the Men's Volleyball Asian Olympic Qualification Tournament in Jiangmen, to move one step closer to a Tokyo 2020 place.

They won a see-saw five set encounter with Qatar to qualify from Pool B behind the Gulf nation, who booked their last-four spot with a game to spare yesterday.

They finished in a three-way tie with Qatar and South Korea on two wins and one defeat, but were knocked out on sets ratio.

"Team Qatar served well and they are so strong that we failed to receive well in the third and fourth set," said Korean head coach Im Dohun.

"I am happy to advance to the semi-final, we will prepare well tomorrow.

"We shall just concentrate on our final purpose."

Only the winners of the tournament will book an Olympic Games spot at Tokyo 2020.

In Pool A, Iran and hosts China had already claimed the two semi-final places, after each side won both of their opening two group games.

It means Iran will take on South Korea in Saturday's (January 11) semi-finals, with China playing Qatar.

In the women's tournament at Korat Chatchai Hall in Nakhon Ratchasima, hosts Thailand secured their semi-final spot as Pool A winners by brushing aside Australia 25-12, 25-15, 25-13.

Onuma Sittirak led the way for the home side with 14 points, as they backed up their opening straight-sets win over Chinese Taipei.

The result also sent the Taiwanese through to the last four after they beat Australia in the three-team group yesterday.

In Pool B, South Korea and Kazakhstan faced each other, with both already through to the semi-finals.

As with the men's event, only the tournament winners will qualify for Tokyo 2020.