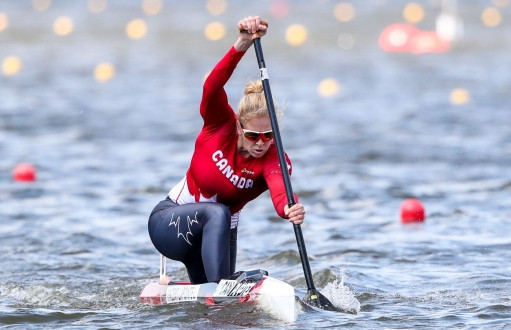 The International Canoe Federation (ICF) has informed Canada's multiple world champion Laurence Vincent-Lapointe that their decision regarding a recently failed drugs test will be delayed.

The news that Vincent-Lapointe failed a drugs test emerged on the eve of the ICF Canoe Sprint World Championships in August.

It was announced that trace amounts of prohibited substance ligandrol were found in her system during a doping control conducted on July 29.

The substance can stimulate muscle growth like anabolic steroids.

Having been provisionally suspended, Vincent-Lapointe attended a closed hearing before the ICF anti-doping panel in December.

The panel were supposed to announce their decision with 30 days, but they have delayed the outcome for a further two weeks, as reported by Airdrie Today.

"Due to the complexity of Laurence's case, as well as other matters that the ICF has unexpectedly had to deal with, such as WADA's suspension of Russia and the implications that this has on Olympic qualification, we understand that additional time will be required for the ICF to render a final, reasoned decision," Adam Klevinas said, Vincent-Lapointe's lawyer.

The delay means Vincent-Lapointe still does not know whether she will be able to compete at the Tokyo 2020 Olympic Games, beginning in July.

"I am certainly disappointed that we haven't received the final decision by now, as I had hoped would be the case," she said.

"But while I wait for the final decision, there are less than 200 days before the Tokyo Olympics start and I need to get back on the water as soon as possible so that I can train as hard as I can in pursuit of my goal of winning a gold medal in August."

The 27-year-old says she never deliberately took any illegal substance and was horrified at having failed the test.

"I am shocked and completely devastated by this situation because I have done absolutely nothing wrong and I have nothing to hide," she said in August, through the Canoe Kayak Canada (CKC) website.

"I am a person of integrity and any form of cheating disgusts me.

"I believe in clean sport and it is what I apply as a principle in my life as an athlete.

"This feels like a nightmare; I still cannot believe what has happened."

CKC said it believed Vincent-Lapointe took a prohibited substance accidentally and would work with her to try and clear her name.