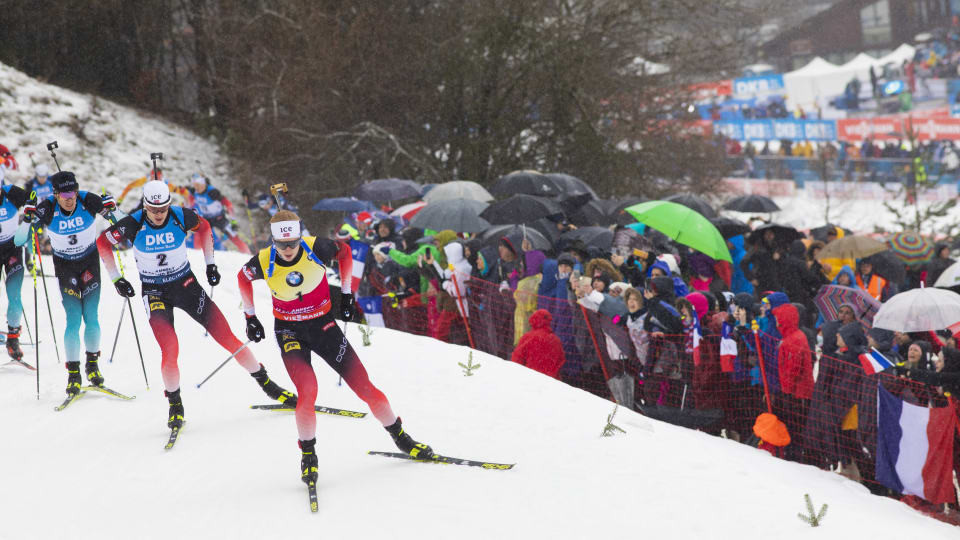 International Biathlon Union (IBU) World Cup leader Johannes Thingnes Bø will sit out the upcoming event in German town Oberhof, giving the rest of the men's field a chance to make up ground in the overall standings.

Bø, who is back home in Norway on paternity leave, won five of the seven events held across the three IBU World Cup stops before Christmas.

His only dips in form came in the 20 kilometres individual competition in Östersund, where the whole Norwegian team struggled on their skis, and the 10km sprint in Annecy-Le Grand Bornand, where he missed twice and finished fourth, later admitting his zeroing was not focused enough.

Bø leads the overall standings with 374 points.

He has a 61-point advantage over nearest challenger and older brother Tarjei Bø.

France's Quentin Fillon Maillet is a further 32 points behind in third.

#Biathlon returns next week as #OBE19 🇩🇪 is just around the corner. But before we splash into this January classic 🌨️, let's relive some of the highlights of the first month of BMW IBU World Cup 😍 Comment with your favourite moments ⏬ pic.twitter.com/HAO1iIYg5M

In the women's field, Norway's Tiril Eckhoff will be looking to pick up where she left off in 2019, having won the last four events in a row before the Christmas break.

She is currently second in the overall standings with 287 points, trailing Italy's Dorothea Wierer by a margin of 17.

Wierer started the season with a win in the 7.5km sprint in Östersund and has held the yellow bib after every competition, except when Norwegian Ingrid Landmark Tandrevold moved up to first place after the 10km pursuit in Annecy-Le Grand Bornand.

Action in Oberhof is due to begin tomorrow with the women's 7.5km sprint event.

Competition is scheduled to run through to Sunday (January 12).