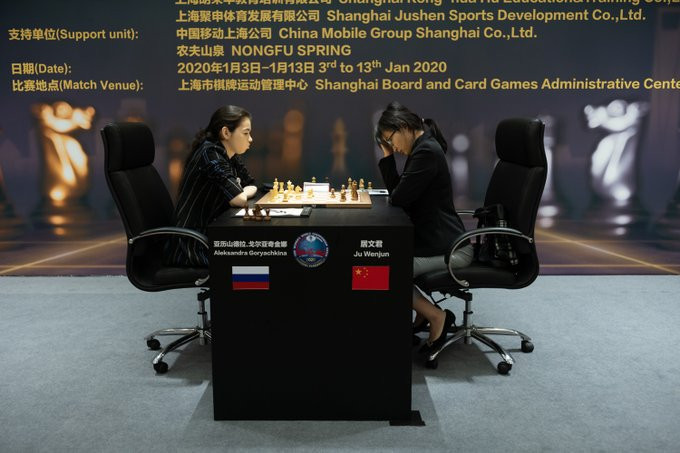 The third game of this year's Women's World Chess Championship ended in a third draw to maintain the deadlock in Shanghai.

China's defending champion Ju Wenjun and Russian challenger Aleksandra Goryachkina both collected another half point after the latest draw, leaving the overall score at 1½-1½.

Goryachkina played with the white pieces and gave Ju another tough examination, much like the first game.

Victory was not possible for either player, however, and the draw was agreed after 85 moves.

Two more games will then be held there before the Championship moves to Vladivostok for its second stage.

The remaining six rounds will be played in the Russian city from January 16 to 23.

A tie-break, if needed, and the Closing Ceremony are scheduled for Vladivostok on January 24.

The Women's World Championship has returned to a series of games between two players, as with the men's event.

Ju first won the title over 10 games against compatriot Tan Zhongyi in May 2018, but had to defend her crown in a 64-player tournament in Khanty-Mansiysk in Russia in November of that year.

She successfully did so, with Goryachkina coming through last year's Candidates Tournament to earn the right to face her.