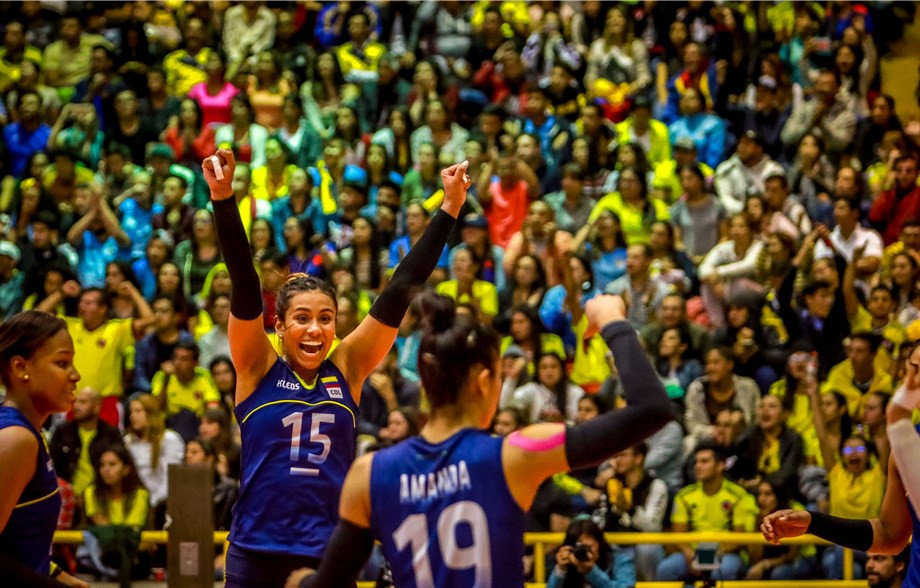 Hosts Colombia began with a straight-sets victory over Venezuela at the Women's Volleyball South American Olympic Qualification Tournament for Tokyo 2020.

Amanda Coneo led the way for the hosts with 22 points, as Colombia began their bid for a first Olympic appearance in positive fashion.

"It's a very special feeling because we won the first game, but in the first set we suffered a little because we wanted to study the rival a lot," said Coneo.

"In the second and third sets we saw the Colombia that we are, and we have to keep working because it is going to be much harder.

"We are already thinking of Peru and look forward to the support of all Colombians, like today.

"Their support is essential for us."

They also won silver at the Lima 2019 Pan American Games.

The tournament in Bogota is a four-team round-robin, with the table-toppers booking their Olympic place.

Lucia Fresco was their star player with 16 points.

"In a super-difficult game we are happy for the victory."

In tomorrow's second games, Colombia will meet Peru with Argentina taking on Venezuela.