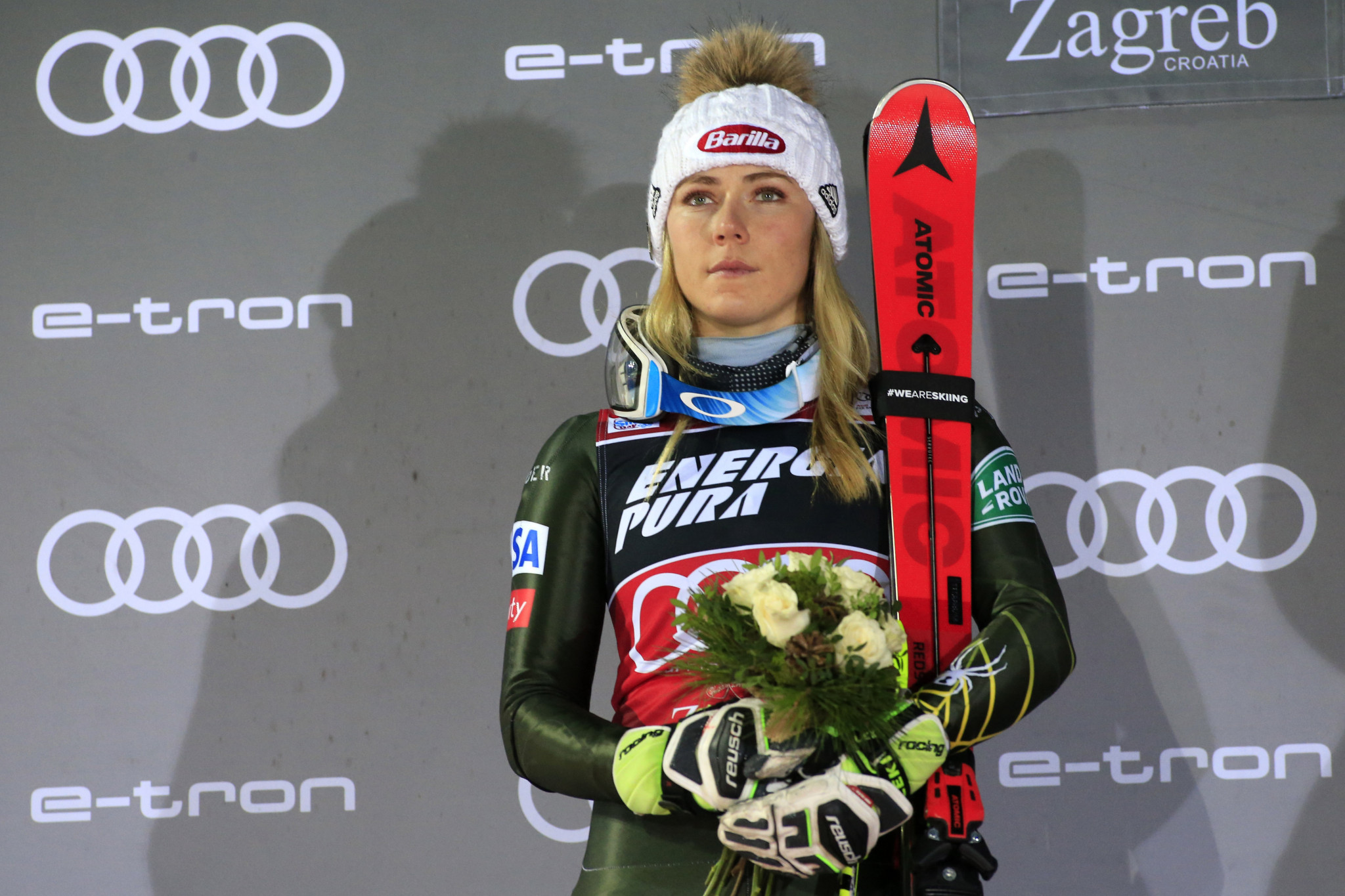 The deadline falls tomorrow on voting for December's Team USA Awards, with 11 sports represented by the 13 finalists, who include skier Mikaela Shiffrin and figure skater Nathan Chen.

Shiffrin moved into second place in the all-time list of women's World Cup winners on the International Ski Federation circuit, with two wins in Lienz in Austria, bringing her total to 64.

Her rivals for the female athlete of the month award include speed skater Brittany Bowe, winner of two 1,000 metres gold at World Cups in Nur Sultan and Nagano, extending her winning run at the distance to seven.

Carissa Moore of Hawaii is also in the running, having earned her fourth world surfing title ahead of the sport's Olympic debut at Tokyo 2020.

Chen became the first American man to win the Grand Prix Final three times, setting  points world records of 224.92 in the free skate and 335.30 in total, while extending his winning run to nine events.

Chen is looking to claim the USOPC for the third consecutive month having been among the winners in October and sharing it last month with speed skater Joey Mant - the first time they had been a tie since November 2009.

Freestyle skier Aaron Blunck won gold in the halfpipe for the second successive year at the US Grand Prix World Cup in Copper Mountain, and added silver at the World Cup in Secret Garden in China.

Snowboarder Chris Corning took bronze in the big air event at the Beijing World Cup and won at the Atlanta World Cup.

Alpine skier Tommy Ford won giant slalom gold in the World Cup at Beaver Creek in Colorado, while Kelly Slater earned his place in the nominations after claiming the Triple Crown of Surfing.

There are three nominations for team of the month, with former Olympic bobsleigh champion Kaillie Humphries, newly switched from Canadian representation, winning two gold medals at the World Cup in Lake Placid, in company with Lauren Gibbs.

The other two contenders are the US Para ice hockey team, who defeated Canada 2-1 at the Para Hockey Cup in Newfoundland, and the US women's 4x5 kilometre relay team in cross-country skiing, which took silver in the Lillehammer World Cup.

Votes received from national governing body representatives and select members of the media account for 50 per cent of the final tally, with the other half determined by online fan voting.