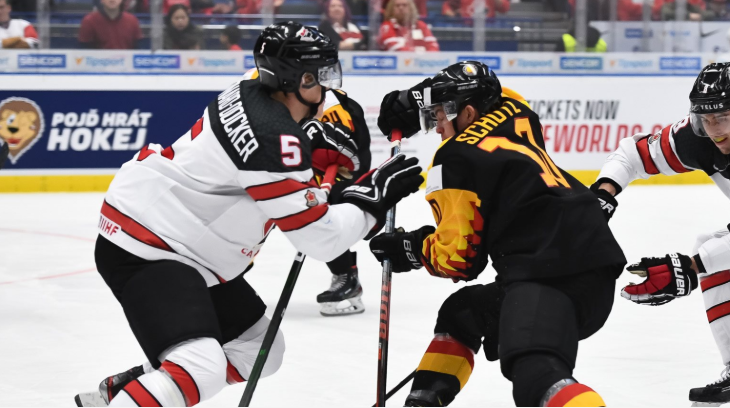 Canada and the United States booked their places in the quarter-finals of the International Ice Hockey Federation (IIHF) World Junior Championship in the Czech Republic.

Canada overcame Germany 4-1, with Nolan Foote opening the scoring at Ostravar Aréna in the 11th minute.

Liam Foudy and Calen Addison made it 3-0 in the second period, before Yannik Valenti recorded a consolatory goal for Germany in the third period.

Ty Dellandrea then scored in the dying moments of the game to secure the victory for Canada.

The US managed a dramatic victory against hosts Czech Republic, with Cole Caufield scoring an overtime winner after the match finished at 3-3.

OT WINNER goes to... @colecaufield and it's USA with the win! 🙌 🇺🇸 #WorldJuniors @usahockey@BadgerMHockey pic.twitter.com/dR3TXPyFd6

In Group A, Sweden resigned Kazakhstan to relegation after thrashing them 6-2 at the Werk Arena in Třinec.

Oleg Boiko and Maxim Musorov were on the Kazakhstan score sheet.