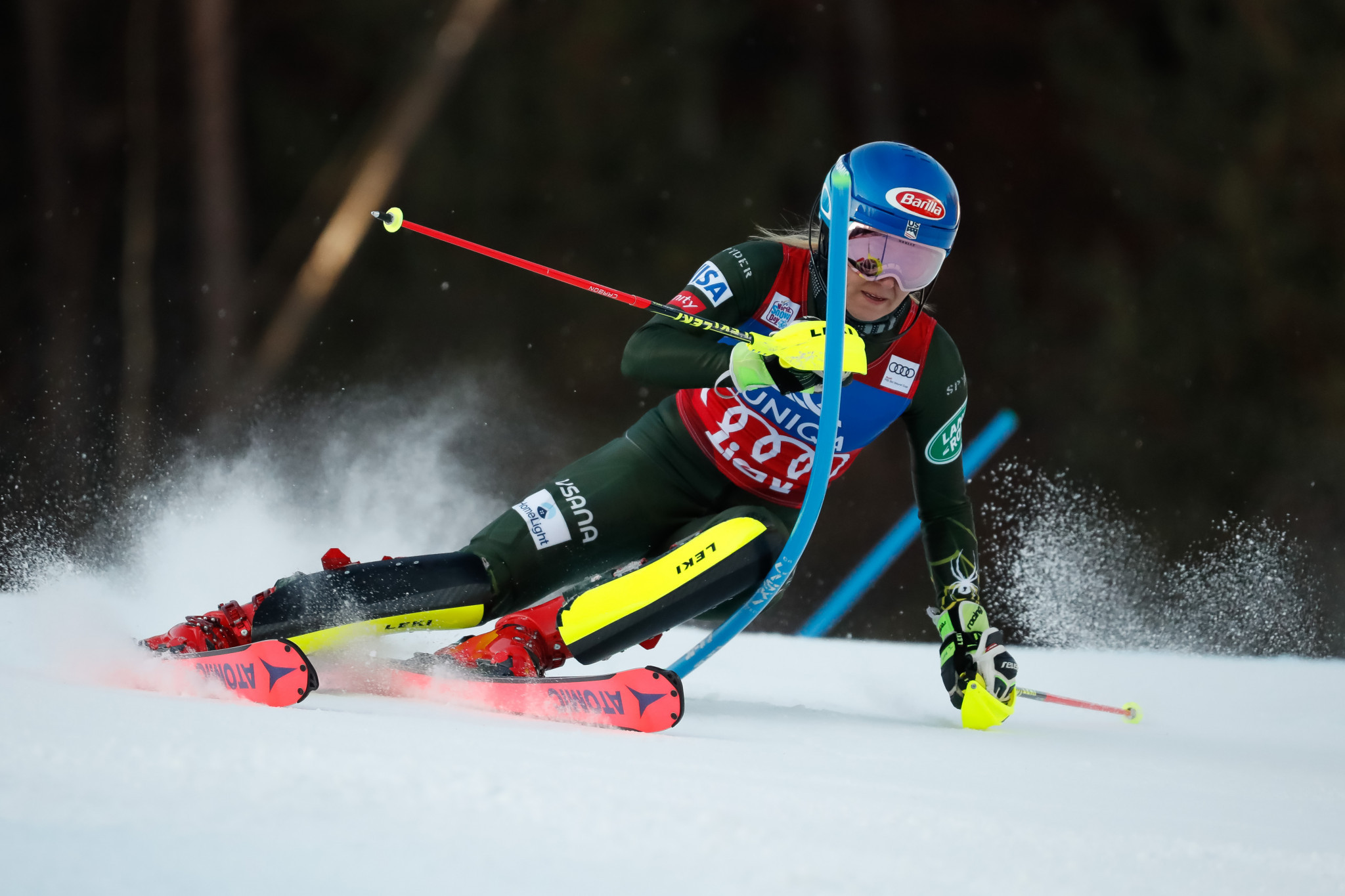 Mikaela Shiffrin of the United States chalked up her second victory of the weekend at the International Ski Federation (FIS) Alpine Ski World Cup in Lienz, adding victory in the slalom to her triumph in the giant slalom yesterday.

The slalom win in the Austrian resort was Shiffrin's 64th career World Cup triumph, edging her closer to the all-time women's mark of 82 set by recently-retired compatriot Lindsey Vonn.

The victory confirmed Shiffrin is right back in form after missing the last FIS Alpine World Cup in Val d'Isère to concentrate on this event in Austria.

It followed her disappointing 17th place in the giant slalom at Courchevel.

Shiffrin was the fastest in both runs today to beat Slovakia's Petra Vlhová.

Vlhová went first, clocking 54.80sec, a time that Shiffrin comfortably beat with 54.54 following a strong finish to her run.

Vlhová, the World Championship bronze medallist behind Shiffrin in Åre in February, posted another good performance of 54.70 in the second run but was swept away by her American rival, who clocked 54.35 to finish 0.61 seconds ahead.

It was Shiffrin's 43rd World Cup slalom victory of her career, extending her own record she had set after breaking Ingemar Stenmark's record at Levi last month, and the 14th consecutive time she had finished on the podium in a slalom event.

It looked easy but Shiffrin claimed that after watching Vlhová's second run she did not think she could beat her.

"She’s been one of the girls that when I’m skiing really well, she’s skied better, and not from luck.”

The women’s FIS Alpine Ski World Cup is due to move to Zagreb for another slalom on Saturday (January 4).