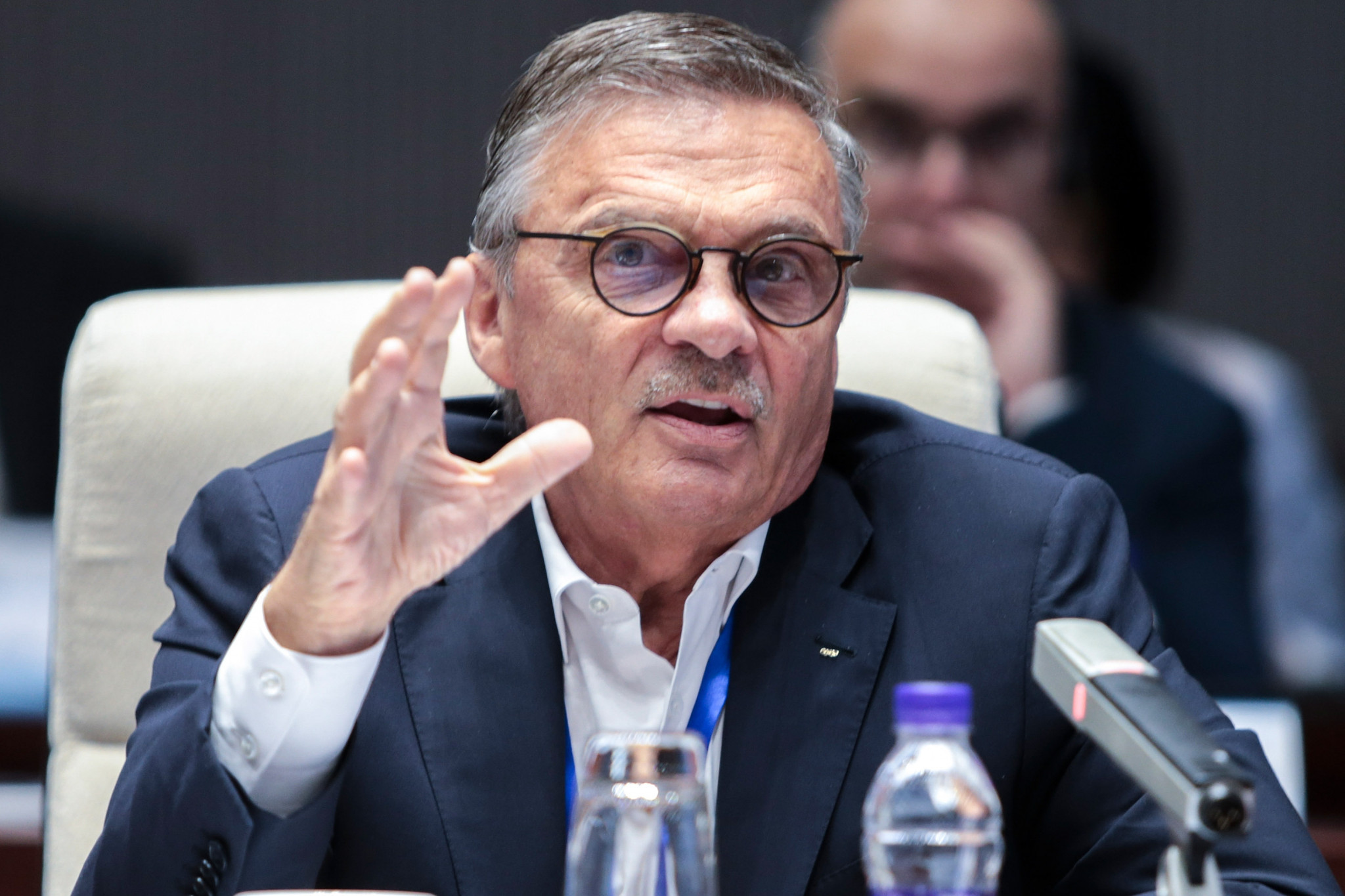 International Ice Hockey Federation (IIHF) President René Fasel has suggested he could work in Russia when he steps down from his role next year.

Fasel's successor as IIHF President is set to be elected in Russian city Saint Petersburg in September 2020.

The Swiss, head of the IIHF since succeeding Germany's Günther Sabetzki in June 1994, announced last October that he would not seek re-election at the end of his current sixth term when he will be 70.

His 26-year reign will make him the longest-serving President of the IIHF, beating the previous record of 25 years set by Belgium's Paul Loicq, although the latter period of his office was disrupted by World War Two.

Asked by Russia's official state news agency TASS if it was possible that he would join the Russia-based Kontinental Hockey League (KHL), Fasel answered in Russian "Posmotrim [We will see]".

"I have many opportunities, I have some experience and I am sure if people need me to help, then I am ready to help," he said.

"I love your country so it would be a really great pleasure to come here and help you."

Fasel also said he has received job offers from China to help the country with the development of ice hockey.

"The [Chinese] Sports Minister [Gou Zhongwen] told me, 'Rene, you should come to China to work for the Olympics and Chinese hockey'," he said.

"'They know how to play ice hockey, you should come to us'.

"Now I am President here, I have to finish my mandate and then posmotrim."

It will be fitting that Fasel, elected for his most recent term as IIHF President at the Congress in Moscow in 2016, should end his time as leader in Russia.

He has enjoyed a close relationship with Russian President Vladimir Putin and was among the most prominent International Olympic Committee members who criticised the decision to ban the Russian Olympic Committee from Pyeongchang 2018 following allegations of state-sponsored doping.

Fasel told TASS that he enjoys "mutual respect and friendship" with Putin and respects him for beginning to play ice hockey seven years ago.

Putin first appeared on the ice just several hours after his inauguration as President on May 7, 2012, as part of the traditional Night Hockey League.

"He [Putin] speaks perfect German, so we can speak in German.

"We meet couple of times during the year and we discuss the evolution of sport.

"I have a lot of respect [for Putin] because he started very late to play ice hockey.

"I explained [to] him the hockey game.

"When he started to play, and I saw it - I have a lot of respect.

"t is very difficult and he is really good.

"He is practicing, scoring a lot of goals.

"Again, people respect him as the President, but it is always fun to be together with him and speak about hockey and sport."

Fasel also claimed politics may be the reason behind the recent decisions by the World Anti-Doing Agency (WADA) on a string of proposed sanctions against Russian sports.

The Russian Anti-Doping Agency (RUSADA) was declared non-compliant by the WADA Executive Committee earlier this month, triggering a four-year package of punishments, including a ban on the Russian flag at the Olympic Games and World Championships.

The implementation of the sanctions, imposed after WADA found data from the Moscow Laboratory had been tampered with before it was handed to the global watchdog in January, will be delayed following confirmation last week of RUSADA's appeal at the Court of Arbitration for Sport.

"The weakness of all this kind of decisions and sanctions is that politics is involved," Fasel told TASS.

"I think politics are playing some bad role here.

"It should be a different approach - not only thinking about politics, so then we should think about the sport and we have to protect the innocent people, the clean people.

"Our hockey players, as we tested them in the last five years – they are clean, consider that’s clean.

"So, protect them and not actually make this collective punishment.

"You know, you put everybody in the same boat and just say, 'Okay, you are all suspended'.

"I think there is some kind of political motivation behind that too."