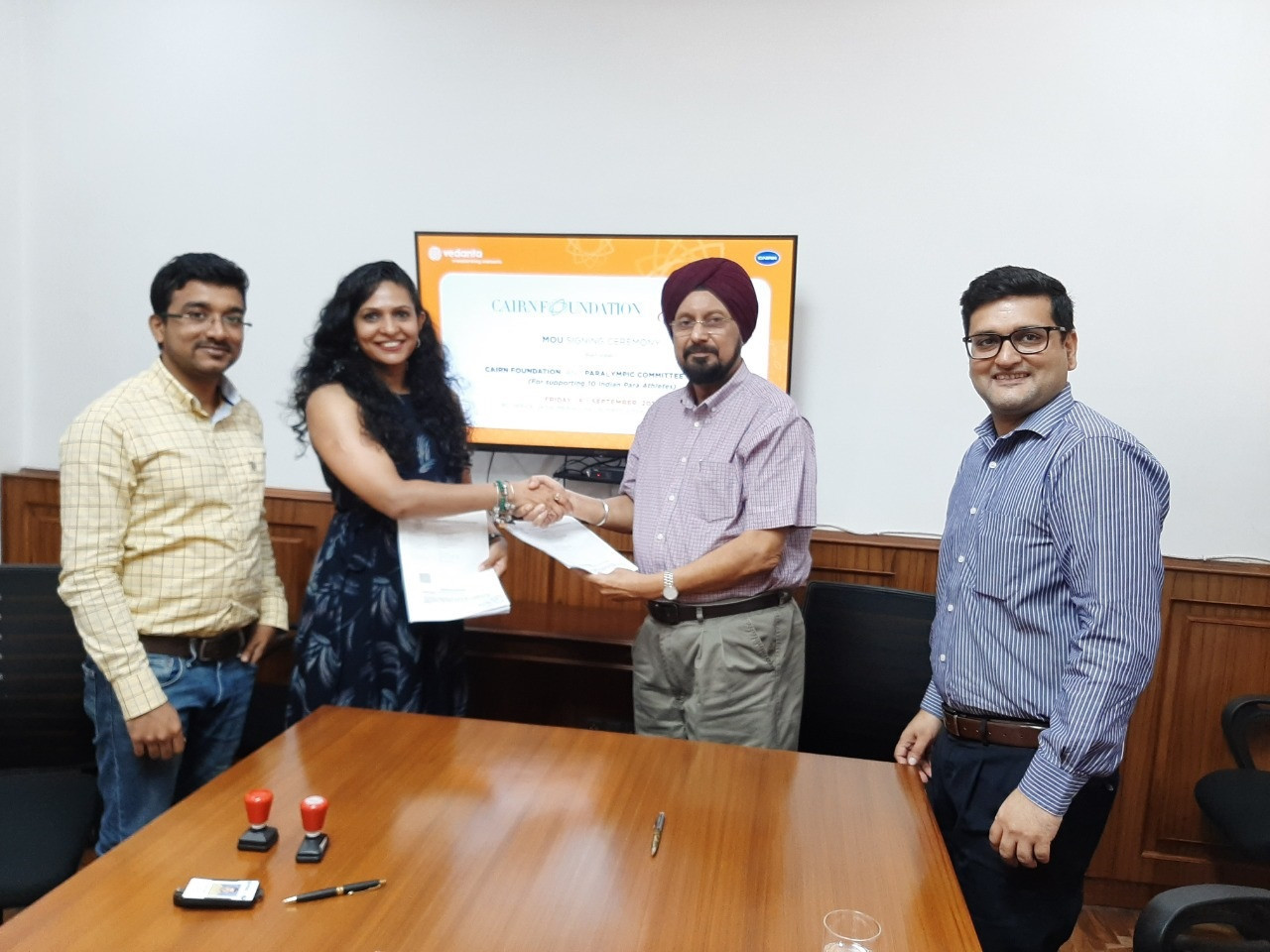 The Paralympic Committee of India (PCI) has announced it has signed a new Memorandum of Understanding (MoU) with Cairn Foundation to support 10 athletes from the states of Rajasthan and Gujarat.

It comes as a major boost to their preparations for next year's Paralympic Games in Tokyo.

According to the MoU, Cairn Foundation will support the overall development of the athletes, including supply of sports kit and equipment, specialised training and coaching, diet and nutrition supplements, physiotherapy, exposure to domestic and international camps; international competitions, and incentives for exceptional performances.

The MoU, signed in New Delhi, means Cairn Foundation has extended its partnership with PCI under the "Project Divyang" for a period of one-year with effect from the day of signing.

Since 2017, Cairn Foundation, established by oil and gas company Vedanta Limited to work with local communities in India with an aim of increasing their overall well-being and quality of life, has been supporting three promising athletes from Rajasthan.

Both Jhajharia and Gurjar are from Rajasthan, while Parmar is from Gujarat.

The list also includes some promising juniors like national champion Rishi Raj Rathore and Vikas Bhatiwal, both of whom compete in athletics, and talented shooter Rudransh Khandelwal, who has four gold medals to his name.

All of them will be nurtured to become future stars, it is claimed.

The PCI is confident that the new MoU will help support several athletes who are potential winners and Paralympians achieve their goals.

"Under Project Divyang, Para-athletes have already shown fruitful results and this new partnership with Cairn Foundation is another step to give wings to the dreams of many potential athletes from parts of Rajasthan and Gujarat, who can be Paralympic medallists," PCI interim President Gursharan Singh, who signed the MoU on behalf of the national governing body, said.

"We hope that this partnership will help grow the Paralympic Movement in the country."

"It’s been a great journey so far and we are very delighted to see the strong performance of our Para-athletes in global stage.

"We hope through this new association, they can do even better and reach greater heights.

"We hope to see some of these athletes bringing laurels to the country at the Paralympics."

The Cairn Foundation-supported athletes have won 24 gold, one silver and three bronze medals in recent national and international events, providing the driving force behind the new association.

Funded by Cairn Foundation and to be executed by PCI, the project cost for one year is around INR8 million (£87,000/$112,000/€101,000), which will be used in overall development of the athletes right from their training, diet, competitions etc.

The performance of the athletes will also be reviewed after six months of the commencement of the project.