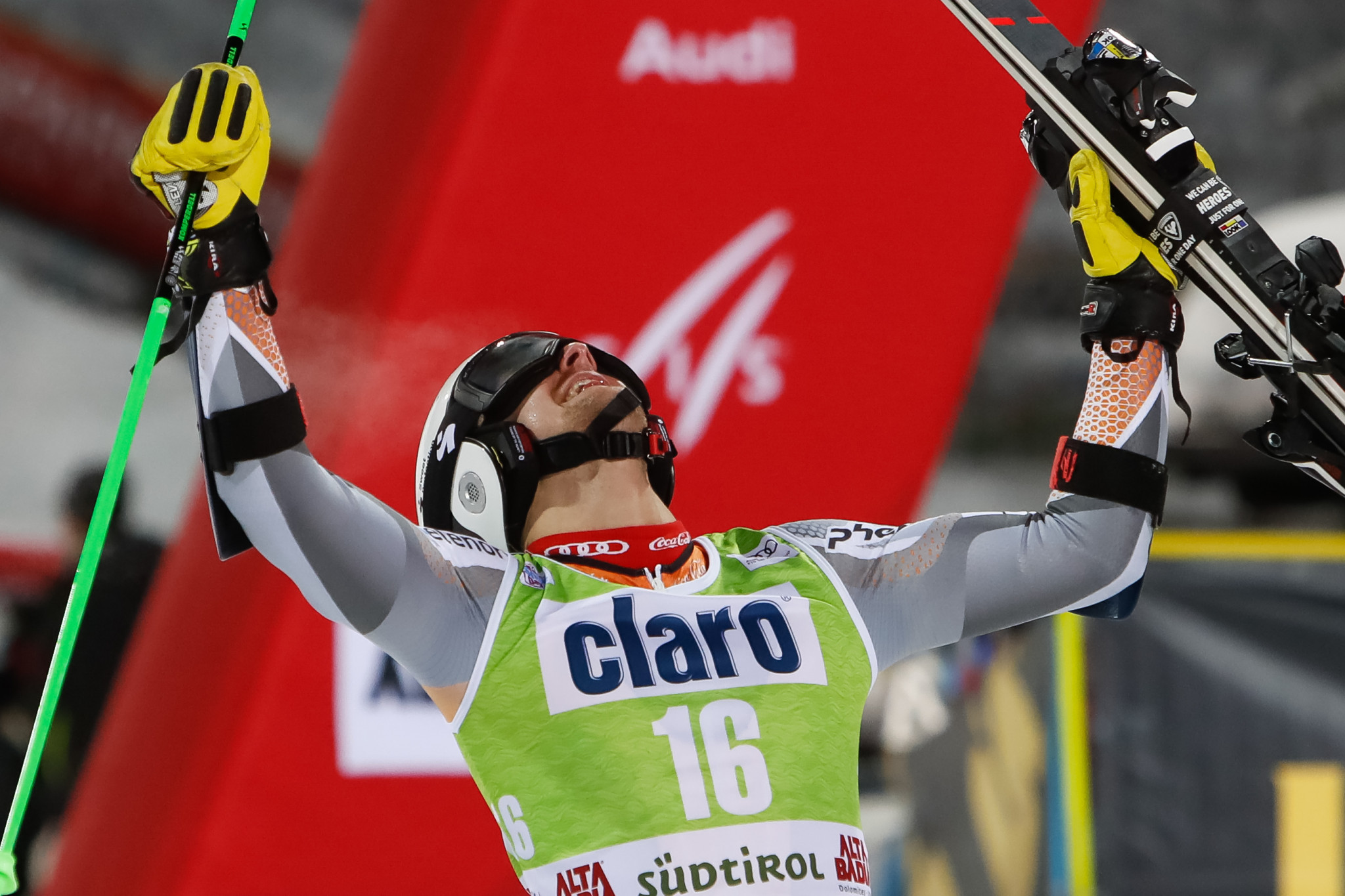 Windingstad clocked a time of 20.57sec to beat Germany’s Stefan Luitz by 0.41 seconds in the big final under the floodlights.

#RasmusWindingstad entertains the crowd and seals his first World Cup victory in @SWCAltaBadia! #StefanLuitz is back on the podium in second and #RolandLeitinger in third with his first World Cup podium.Thank you all for the great show!! #fisalpine pic.twitter.com/AzibaPO1RC

He has an advantage of 67 points over nearest challenger Vincent Kriechmayr of Austria.

France’s Alexis Pinturault, ranked 26th today, is a further 11 points back in third.

The FIS Alpine Skiing World Cup is due to continue in Bormio in Italy from Friday to Sunday (December 27 to 29).

Downhill events, including the cancelled race from Val Gardena at the weekend, are scheduled to take place on Friday and Saturday (December 28).

An Alpine combined competition is set for Sunday.