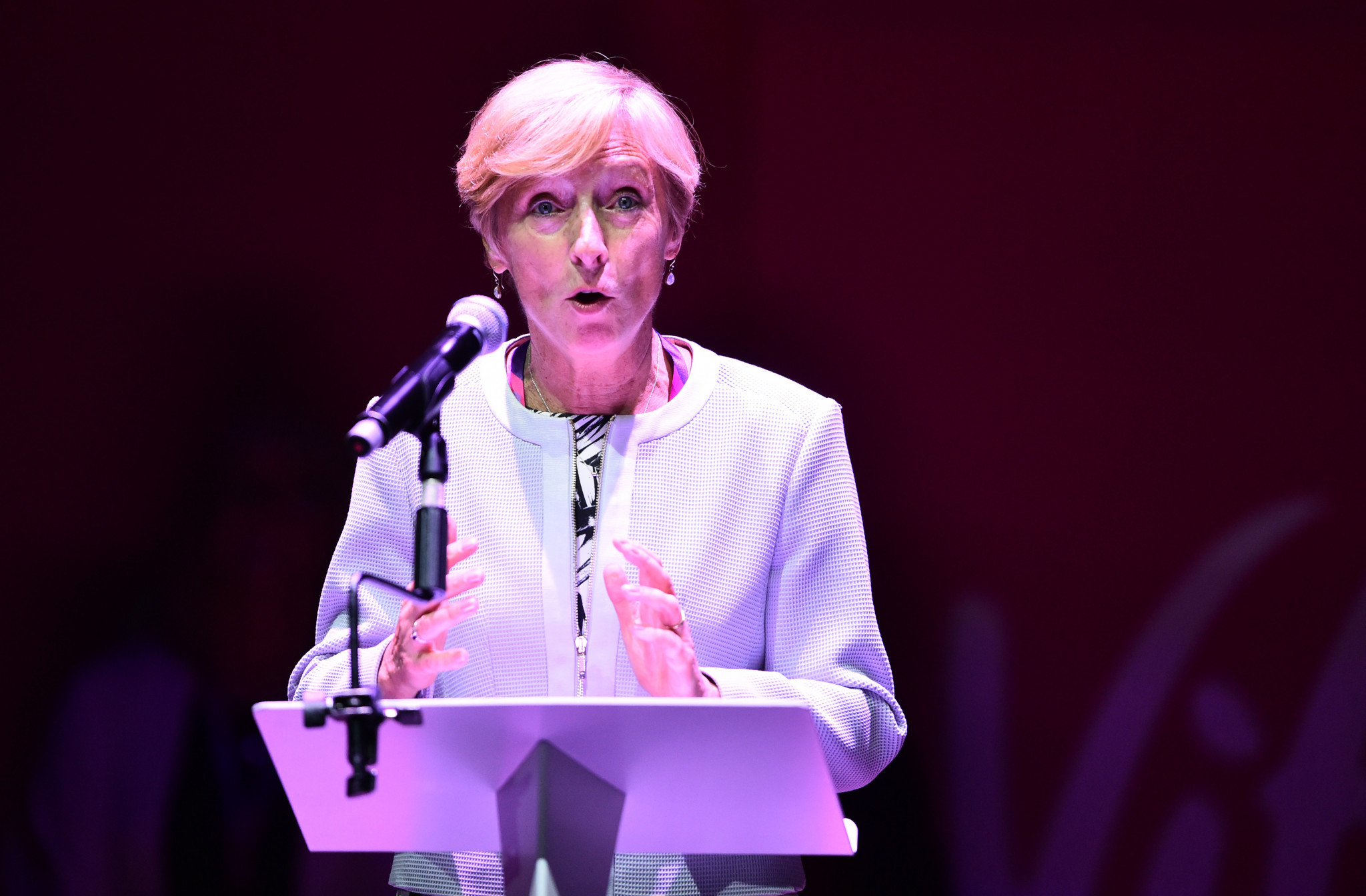 International Netball Federation (INF) President Liz Nicholl has claimed the world governing body should be "filled with great pride" by what has been achieved in the sport throughout this year.

Nicholl, the former chief executive of UK Sport, was elected to her role at the INF's Congress in Liverpool in July.

The Congress was held prior to the Netball World Cup in the English city, where New Zealand beat Australia in the final.

"When we reflect on 2019, we should be filled with great pride as so much has been achieved throughout the year," Nicholl said.

"Netball continues to grow in many ways; welcoming new members, gaining recognition and continuing to make important strides in all our three key strategies - Governing with Integrity, Empowering Through Netball and Thrilling World Class Events.

"The INF won silver at the Sports Business Awards 2019 in May.

"Up against six other governing bodies, the INF scooped the silver award for 'Best Sports Governing Body Initiative', highlighting our work over the past year in developing the sport and the federation through the Netball 2020 strategic plan.

"The Netball World Cup was held in July, in Liverpool, England.

"Prior to the start of the Netball World Cup 2019, we held our INF Congress where our members met with the Board of Directors to review progress and determine priorities.

"Not only was this Congress the biggest yet with 43 countries represented, but we also heard from guest speakers such as Sharni Layton, the former Australian Diamonds player who gave an inspirational talk to members about the importance of keeping player well-being at the heart of decision-making."

After a massive increase in its profile since England's gold medal-winning performance at the 2018 Commonwealth Games in the Gold Coast and the country's hosting of the Netball World Cup, it was announced in September that the sport will be moving from the Coventry Indoor Arena to the National Exhibition Centre for the 2022 Commonwealth Games in Birmingham.

Nicholl hopes this increase in capacity will meet the growing demands of netball fans who want to enjoy the sport in the summer of 2022, and demonstrates the growth of the sport over the past year.

"Netball continues to grow from strength to strength at the grassroots with many amazing development schemes creating opportunities worldwide," she added.

"We are extremely grateful to all our Regional and National Federations and the huge number of their members and volunteers who give so much time, skill and energy to ensure netball is active within their communities and regions, delivering benefits to the health and well-being of our participants.

"In the final quarter of 2019, the newly-elected INF Board met for the first time to discuss the INF’s new strategic plan and priorities which will be launching in 2020.

"We made very good progress and will meet again in March 2020 and soon after will be ready to share our proposals with members.

"Twenty-twenty is set to be another extremely exciting year for world netball as we start the journey towards the Netball World Youth Cup and Commonwealth Youth Games in 2021, with qualifiers taking place for the World Youth Cup throughout the year.

"I am extremely proud of everything that netball has achieved in 2019.

"In 2020, we must build on this and I hope that we will work together, learn and share to release more of our collective potential to grow in the global sporting arena.

"I am grateful for the opportunity as your President to lead the INF and am excited to see what 2020 holds for netball and the future of our great sport.

"I wish you a very happy festive season and a successful year ahead."