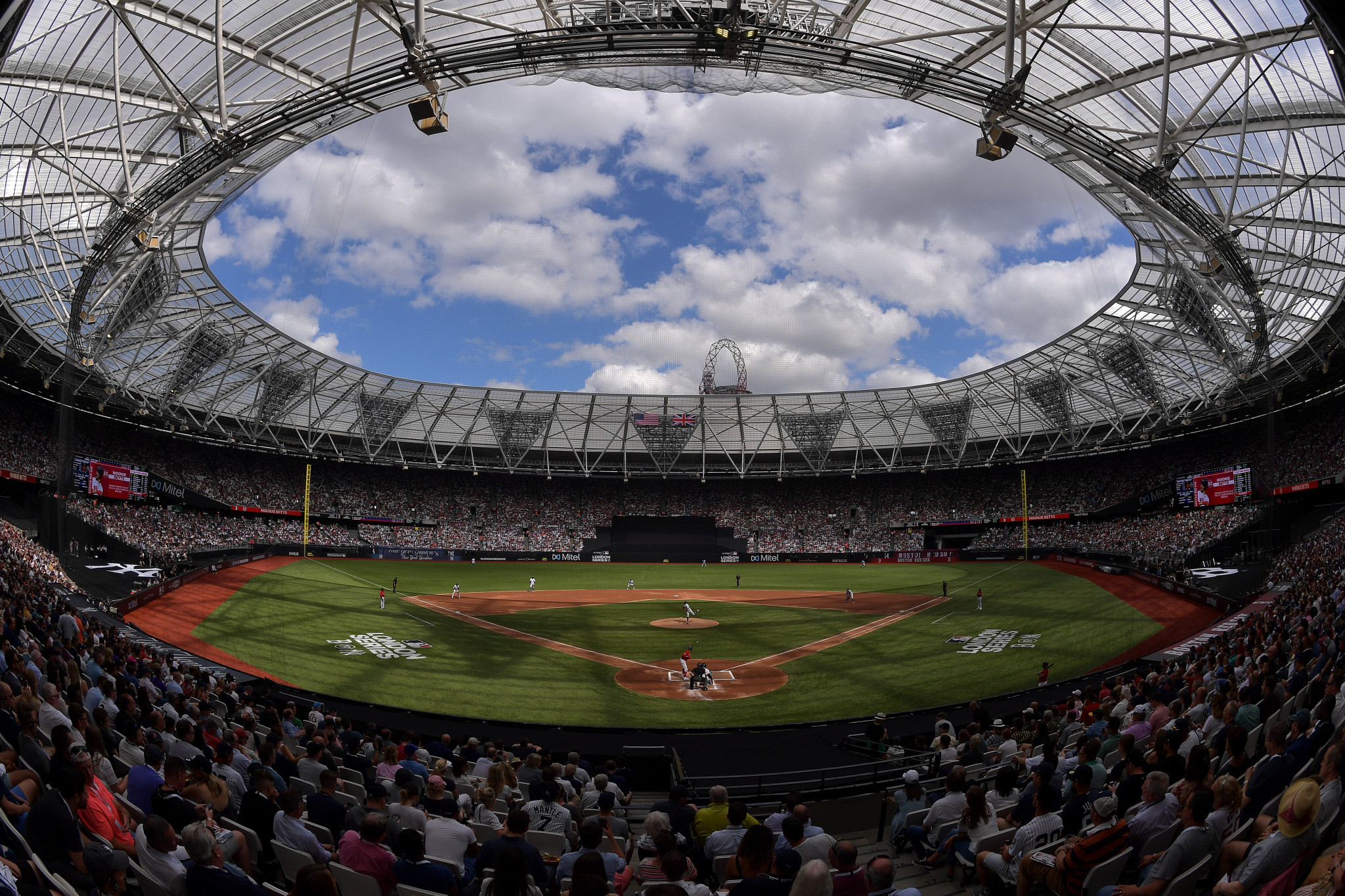 They were the first regular season matches ever to take place in Europe and were held at London Stadium, the focal venue of the 2012 Olympic and Paralympic Games.

According to a survey by YouGov, the economic benefit to the rest of the United Kingdom was £9.5 million ($12.3 million/€11 million).

Both matches sold out with 120,000 fans watching a pair of Yankees victories.

A total of 30,000 of those spectators came from overseas with 79 per cent of visitors saying they would recommend London as a tourist destination.

London Stadium and the Queen Elizabeth Olympic Park were also thought "highly of" by 86 per cent of people who answered the survey.

The average event satisfaction score among attendees was 8.77 out of 10.

"London Stadium's flexibility comes into its own for events like this and its versatility means we can attract events such as the World Athletics Championships and MLB which bring thousands of visitors – many travelling from around the world – and millions of pounds into the economy," said Lyn Garner, the chief executive of the London Legacy Development Corporation.

"In little over one month the venue changed from a 60,000 Premier League football stadium, into a concert arena for 72,000 Muse fans and then into a purpose-built 'field of dreams' for MLB.

"As this report highlights, the impact of these events on the local, London and national economies is absolutely huge as well as delivering additional community benefits like sports coaching for school children.

"London Stadium continues to deliver on the legacy from the London 2012 Games."

The financial boost came largely through fans paying for accommodation, food and drink, travel and retail.

Premier League football club West Ham United are the current tenants of the stadium, which is due to host another double header between Chicago Cubs at St Louis Cardinals in June.

"The arrival of Major League Baseball to London this summer was a huge success and this report underlines the tremendous economic impact it had on the capital," said London Mayor Sadiq Khan.

"The London Series attracted huge crowds and London Stadium provided the ideal venue for the action.

"I'm sure both Londoners and visitors alike are looking forward to MLB returning to our city next year."