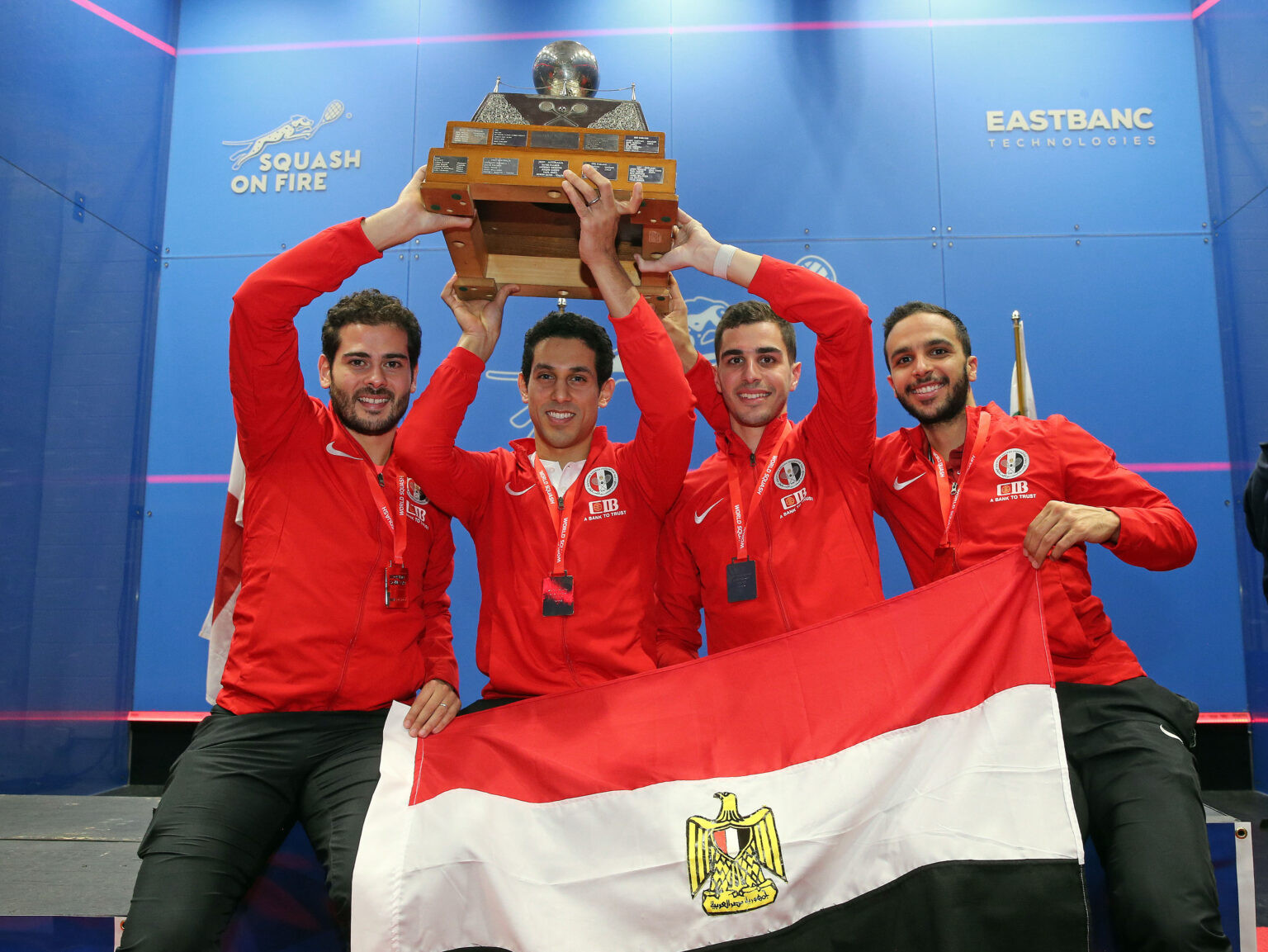 The fifth final between the two countries went the way of the top seeds and began with a thrilling win for world number three Karim Abdel Gawad against Declan James.

Gawad, the world champion in 2016, is ranked 26 places higher than James but was pushed all the way to five games at the Squash on Fire venue.

With six players in the top 10 of the world rankings, including all of the top four, Egypt were heavily tipped to retain the trophy.

World number one Ali Farag completed the job in the best-of-three-format as the 2018 world champion downed Adrian Walker.

Egypt have now won the event five times and have drawn level with England's number of victories.

"We came here as favourites on paper, but from the beginning it was tough and we were dropping games and matches, which shows the level of squash.

"Especially today, you saw the match between Declan and Karim, it was world class and I'm glad to have been part of it.

"I was lucky enough to play the last point, but it was a team event and I'm very proud to have been a part of it."

"Other teams are preparing themselves better and better each year.

"I don't expect anything.

"You cannot guarantee anything in this event, look at Karim, who had a nose bleed – this was completely unexpected.

"You have to prepare yourself for the unexpected.

"It's not enough to come here with number one, number two, number three players in the world - because the team event is completely different from the individual event."