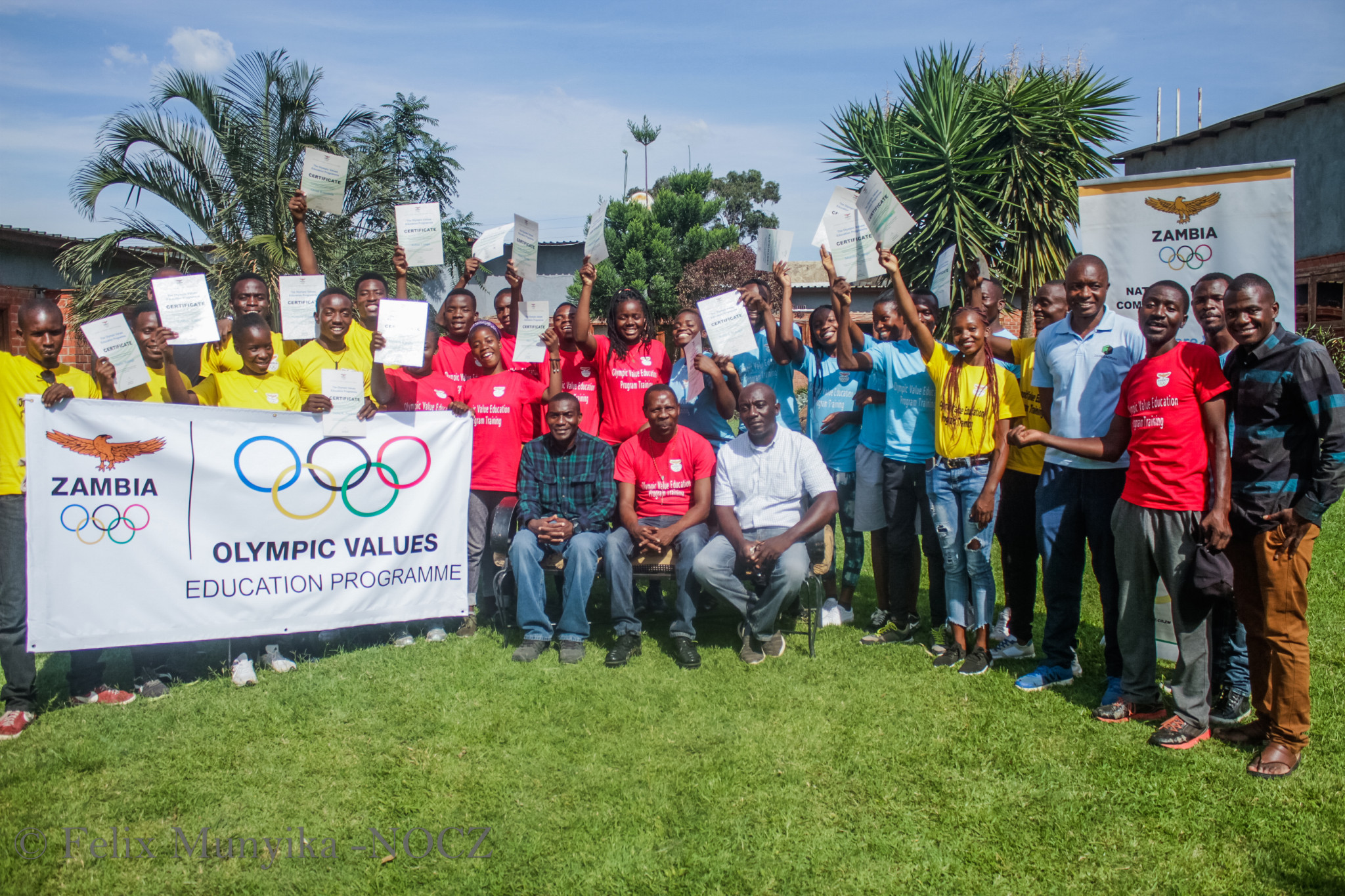 The workshop was held at the Olympic Youth Development Centre in the Zambian capital of Lusaka, attracting 23 young leaders from sports organisations such as the National Organisation for Women in Sport, Physical Activity and Recreation, Sport In Action and Olympafrica.

A session on the background of OVEP was held on the first day, followed by a presentation on the OVEP toolkit and the Olympic Movement.

Day two included sessions on the planning and implementation of OVEP and a tree planting exercise launch, with each participant receiving a certificate to conclude the training.

Speaking during the Closing Ceremony, NOCZ treasurer and acting technical commission chairperson Victor Banda spoke about the importance of Olympism and Olympic values education, with OVEP among the key performance areas in the NOCZ strategic plan.

"Trees that we plant today are part of the big campaign by the National Olympic Academy aiming to plant trees for climate and peace," he said.

"The campaign draws attention to the importance of combating climate change as a way to protect and promote peace, sportsmanship, and collaboration throughout the world."

He finished by encouraging all the participants to actively use the skills and knowledge they had acquired and transfer them to other young people around the country.