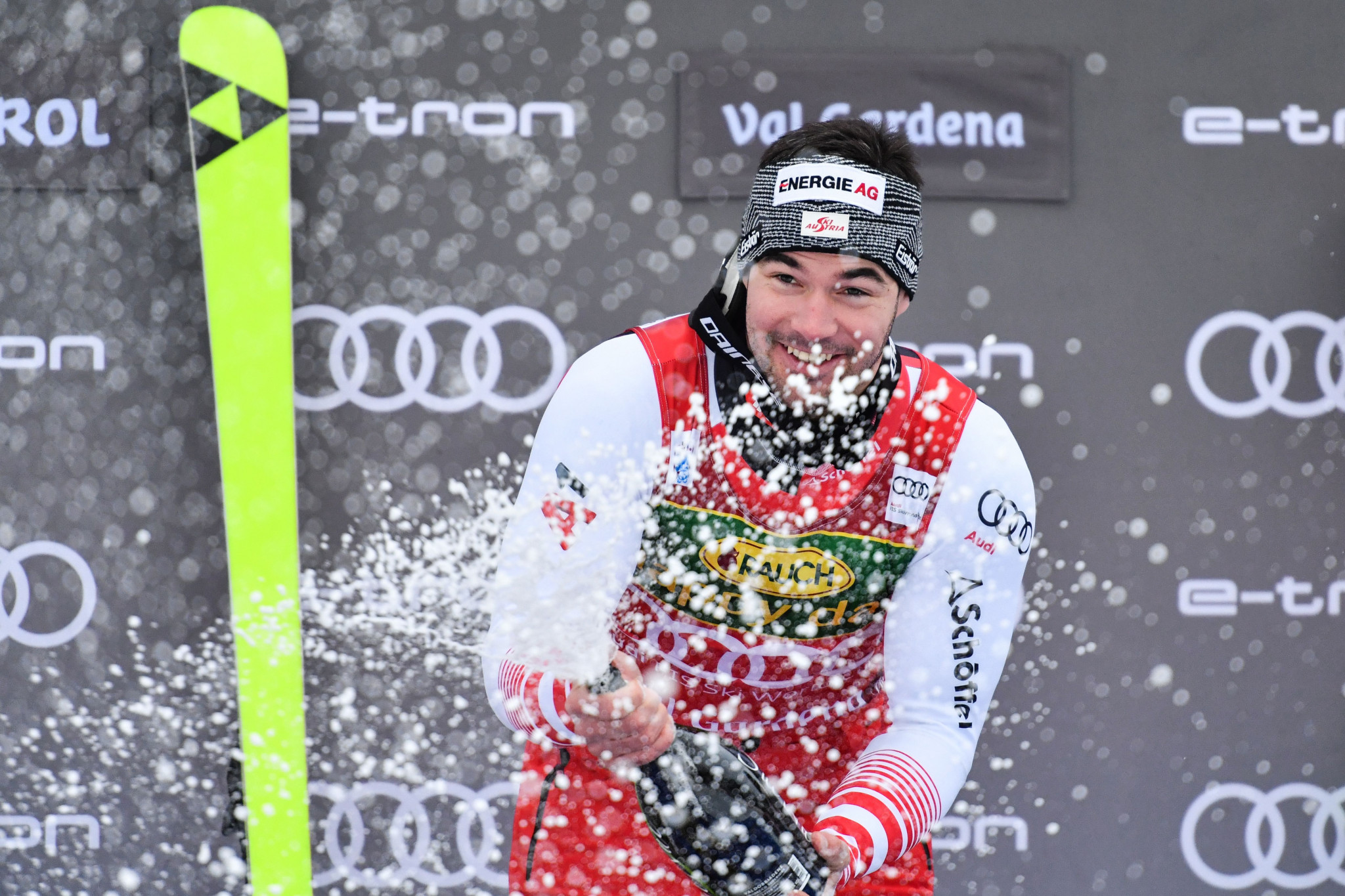 The seventh starter came down and beat early leader Mauro Caviezel of Switzerland, after the shortened race had been disrupted for 45 minutes due to fog lingering over the Saslong course.

The 28-year-old then had to wait close to three hours before the event was declared finished amid total darkness, owing to more fog.

He triumphed in a time of 1min 13.84sec, edging Norwegian rival Kjetil Jansrud by 0.05 seconds.

Rounding off the podium was Germany's Thomas Dressen, who was 0.22 seconds back.

Victory for Kriechmayr was the fifth of his World Cup career and third in super-G.

It was his third podium finish of the current season after finishing third in a super-G in Lake Louise and second in a downhill in Beaver Creek.

Kriechmayr has leapfrogged France's Alexis Pinturault, who did not enter today's event, at the top of the men's FIS Alpine Skiing World Cup standings.

Mayer is second with 184 points, while Norway's Aleksander Aamodt Kilde, the joint seventh-place finisher today, is third with 156.

Action in Val Gardena concludes tomorrow with a downhill event.

The men's FIS Alpine Skiing World Cup is then scheduled to continue with a two-day event in Alta Badia in Italy on Sunday and Monday (December 22 and 23), made up of a giant slalom and parallel giant slalom.