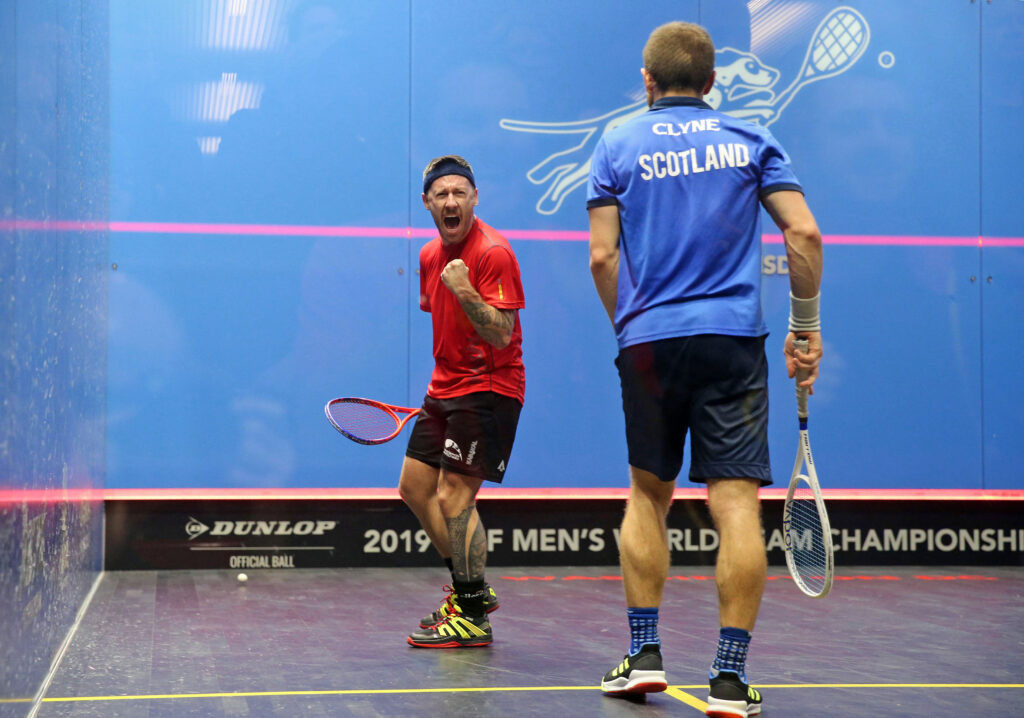 Wales earned a place in the semi-finals of the Men's World Team Squash Championship for the first time in 20 years, after beating Scotland 2-0 in Washington, D.C. today.

It was a 2-0 win over sixth seeds Hong Kong that propelled Wales, the 11th seeds, into the quarter-final clash with ninth seeds Scotland at the Squash On Fire venue in the American capital.

The tie marked the first time the two countries had met in the event since 1995 - when Wales coach David Evans led them to a 3-0 victory.

With the Welsh bench in vociferous support, the team number one Joel Makin, ranked 12th in the world, downed Greg Lobban 15-13, 11-8, 11-5 to take his team back into the semi-finals for the first time since 1999.

"Creedy played a joke there, he didn't make many errors and was attacking," Makin said.

"When he's moving well like that he's really hard to break down, so I knew I had to play well and wrap it up.

"I knew I just had to be solid and he was so broken up and it's not the way you want to play, but that's what you have to do in these kind of situations, just get through them.

"Emyr [Evans] closed out a big win yesterday and Creedy did the same today.

"We back ourselves, we are a good team and we did well today."

Standing between Wales and a place in the final are defending champions and top seeds Egypt, taken the full distance by Germany.

It was left to Mohamed Abouelghar, ranked eighth in the world, to clinch his country's predicted win, defeating Valentin Rapp 11-3, 11-7, 11-7 to put Egypt into the semi-finals for the 12th time in a row.

The two other quarter-finals took place in the evening session of the fifth day of action - and both went the full distance.

A total of 23 nations are competing in the 26th edition of the event, hosted by US Squash.

The semi-finals are due to take place tomorrow, with the final on Saturday (December 21).